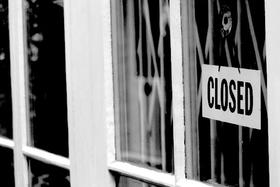 With the tap of your finger, you can access pretty much anything these days, whether you're streaming a movie or ordering a pair of shoes. But just 50 years ago, Michigan had a law banning most businesses from being open on Sunday.

That law, which was upheld by the United States Supreme Court in 1962, fell into a category of “blue laws.”

Rachel Clark from the Michigan History Center joined Stateside to tell us more about what “blue laws” were and why they existed.

"Blue laws" regulated behavior on the first day of the week (or the Sabbath), which Michigan determined as Sunday. Some of these laws started as early as 1820, and mandated that no games, sports, or public assembly took place. Religious groups predominately supported these laws in hopes of regulating behavior on the Sabbath.

If you were outside on the Sabbath, you were expected to go to a church service, or do something related to religion. Alternatively, you were allowed to rest. Anything secular or work related, however, was considered off-limits.

Ultimately, a backlash against these laws came because businesses did most of their shipping on Sundays.

To hear more about Michigan's "blue laws," listen above.

This segment is produced in partnership with the Michigan History Center