When you vote on Proposal 1, you're voting on the Earned Income Tax Credit 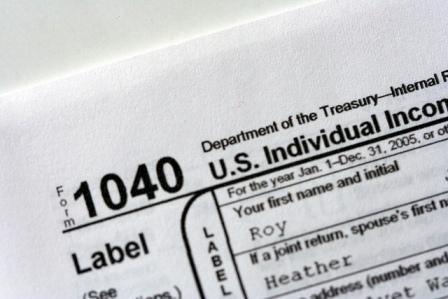 Road repair isn't the only issue at stake when we head to the polls next month to decide the fate of Proposal 1. The Earned Income Tax Credit is part of that proposal. The program is designed to help the working poor, but was scaled back in Michigan in 2011.

State lawmakers have approved boosting the EITC if voters approve the road funding ballot proposal that would raise the sales tax from six percent to seven percent. Nearly 800,000 low-to-moderate income families in Michigan could see this targeted tax relief expanded if the proposal passes.

There is both a federal and state EITC, with a modest sum at the state level and a slightly more substantial amount at the national level. According to Sykes, about half the states have their own version of the tax credit.

Sykes and colleagues interviewed 115 low-income recipients of the tax credit to determine how they perceived the money, how they planned to spend it, and how they actually spent it.

They found it to be a "wonderful social policy in terms of its proven effectiveness in reducing poverty nationally."

Part of its success comes with its method of distribution. Whether recipients are qualified is determined when they file their taxes. This eliminates the need to go to a welfare office, and the money is included in their tax refund.

"The process is very similar to every other American. Everyone has to file their taxes and they're getting it not as a stigmatized check, but as kind of a one-time lump-sum benefit," Sykes says.

Study respondents indicated that they used a quarter of the money paying off debt and bills, another quarter on current bills, a fifth on mobility assets such as cars or education, another fifth on savings and then a very modest amount on special events or gifts.

And Sykes says this small, special amount is very symbolically significant for these families. It allows them to maybe go out to a sit-down restaurant, or purchase a toy they wouldn't be able to otherwise.

This ability to provide their children with something special, "Reinforces their positive parent identities. They're indulging in a way that maybe middle-class parents are able to yearlong and this is a special bright spot in their financial lives."

Sykes emphasizes how extraordinarily effective this social policy is, saying, "It rewards those who are working. It does so in a way that allows them to save some money."