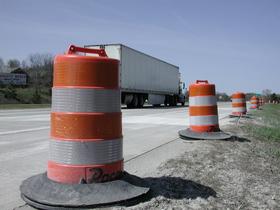 Governor Rick Snyder still can’t build a bridge between a union and a construction trade association to end a roadwork stoppage across the state.

After its contract was up, the Operating Engineers Local 324 union wanted to bargain directly with individual contractors – not with a construction trade association, Michigan Infrastructure and Transportation Association, or MITA. Snyder met with both sides, but he said they haven’t been able to come up with a long term or short term solution. He said that's challenging given that winter is around the corner.

In a press conference Tuesday, Snyder said his administration is still working out if they can legally intervene given federal labor laws.

“This is between two parties to a labor dispute but at the same time it involves our roads,” he said. “Our citizens drive on these roads. These are roads that we pay for.”

The union and contractor group have agreed to not speak to the press about ongoing negotiations at this time.

Snyder has said he is considering bringing in the National Guard engineering units to take care of important road sections before winter. But for the time being, it looks like the two sides are at an impasse.