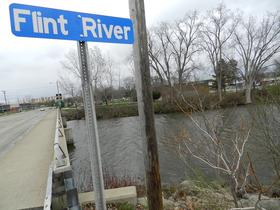 Researchers have linked a Legionnaires' disease outbreak in Genesee County to a switch to the Flint River for drinking water.

During the Legionnaires' disease outbreaks in 2014 and 2015, twelve people died and 79 people became sick.

The Flint Area Community Health and Environment Partnership conducted two studies and found the majority of Legionnaires' disease cases in Genesee County can be attributed to the water supply switch.

Michele Swanson was the lead researcher in both of these studies, and she joined Stateside today.

How Swanson's team tested to see if the majority of Legionnaires' disease cases in Genesee County can be attributed to the water supply switch.

Swanson says her team was fortunate to have large data sets and that the study was unprecedented because of the extensive data that could be used. Researchers worked with partners at the State Health Department and get records on all of the Legionnaires' cases in Flint, as well as Genesee County, Oakland County, and Wayne County over a six year period.

Once they had the information about Legionnaires' they gathered data on the water. Utilities are obligated to sample the water once a week at eight different places in Flint, and test for different chemicals, including chlorine.

Swanson says they used four years of weekly chlorine data and could compare it to when and where the diseases occurred.

Why Swanson's team is sure the bulk of Legionnaires' cases were due to the switch to Flint River water?

Swanson says when Flint was getting its water from Lake Huron, all the chlorine measurements were  tightly tracking. But once the city switched to the Flint River, the chlorine numbers became chaotic. Some regions in the city had very high chlorine levels, others had very low levels, and still others bounced from high to low.

Swanson says once they know what the chlorine concentration was in a particular neighborhood at a particular time, they can layer on top of that who got Legionnaires' disease, along with where they lived, and when they got the disease.

"And so when you take those four years of data," she says, "You get a very clear relationship that more chlorine, the less likely to get disease in your neighborhood.”

How the team determined most Legionnaires cases were, but some were not, related to the Flint River water switch?

Swanson says this is a statistical argument, but researchers can look at neighboring control communities and see how many cases they typically get in a year.

“We can also look at Flint," she says. "How many cases did they typically have in the years before the switch, and how many cases do they have now, after they’ve switched back to Lake Huron and the water system has healed?"

Following the airing of this interview, the Michigan Department of Health and Human Services issued a press release critical of the study and its results.

"The researchers...utilized variables in their dataset that inaccurately reflect the timing associated with cases of Legionnaires in Flint. Researchers also overestimate the risk to public health by focusing on a strain of the bacteria, serogroup 6, that is not typically associated with Legionnaires’ disease.  (The research group) acknowledges that 16 of 18 of the environmental isolates that it found were serotype 6.  Not a single case of serogroup 6 Legionnaire’s Disease was identified in Genesee county, despite widespread use of legionella cultures," the MDHHS said in a written statement.

For the full conversation, listen above. You’ll hear why Swanson can confidently say the McLaren Hospital Legionnaires' disease outbreak “is not sufficient to account for all the disease.” You’ll also hear what the team learned in its second study, what the Flint Area Community Health and Environment Partnership does, and why it’s important to note these studies were peer reviewed.