The Pentagon and Homeland Security win big in the plan while the Great Lakes, Community Development Block Grants, the EPA, heating assistance for the poor and the arts lose big. 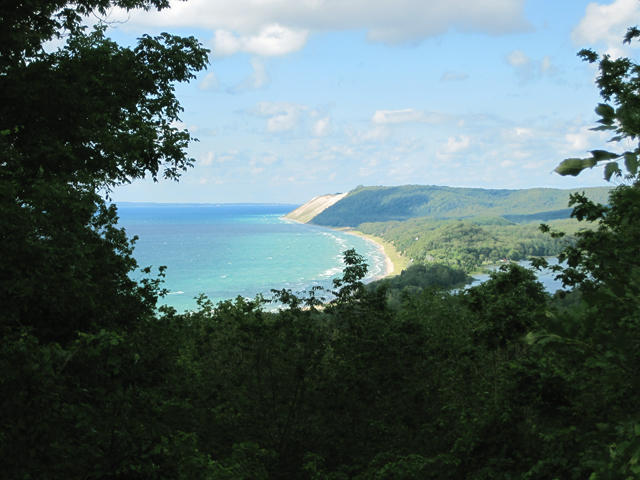 “The big message in this budget is the level of cuts to programs that have been in place for a long, long time, and which a lot of people count on being around for a long, long time to come,” said Todd Spangler, Capitol Hill reporter for the Detroit Free Press. “This really remakes federal spending as we know it – increases defense spending, but at the same time cuts back on a lot of programs that I think people are going to be very, very surprised to see cut.”

Spangler said Michigan in particular could feel these cuts in a big way.

The Great Lakes Restoration Initiative, he said, is a program that puts more than $300 million each year into wetlands restoration, anti-pollution projects, fish habitat and water quality programs.

In Trump’s budget “that’s zeroed out.”

“It would go from $300 million a year to zero,” he said. “Now, realize that that’s money that in the past, when the Obama administration had talked about even trimming, you know, $25-50 million dollars out of that, people on both sides of the political aisle rose up and said, ‘Absolutely not,’ fought to keep it.”

Spangler said for that reason, this budget proposal “is going to land like a bombshell for members of Congress from Great Lakes states.”

Community Development Block Grants are also on the chopping block in Trump’s budget.

Spangler said the Community Development Block Grant Program was first established in the 1970s. The goal was to use federal money to “help prop up urban areas” with resources for homeless shelters, senior citizen services, economic development opportunities and more.

In Trump’s budget plan, that program “would also be zeroed out.” Spangler said Michigan would lose about $110 million as a result.

Still, Spangler said, “This is really only a partial budget.”

“This does not have the line-by-line items from each of the agencies that we’re used to seeing when a budget proposal is made,” he said.

The rest of the budget, Spangler said, is expected in May.

For Spangler’s full analysis of the president’s budget plan, including what it would cost low-income energy assistance programs, listen above.