Michigan's program for troubled schools has a new leader 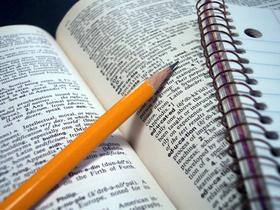 EAA Chancellor John Covington stepped down with one year left on his contract. What does this mean for the EAA and the students in its 15 schools?

Bridge Magazine education writer Chastity Pratt Dawsey covers the EAA extensively. She said there had been talk for months that Covington was going to resign.

Pratt added that the EAA had to do damage control in the media and let everyone know that they are trying to do better.

“There were some misgivings about [Covington's] leadership and whether or not the EAA was going in the right direction,” Pratt said.

Pratt added that the EAA had problems since it was put together hastily in 2011. In its first year, it was supposed to be funded by donations, which has not been done for any school in the United States.

“The first year, the donations did not come in as expected. They get the kids the second year of operations, they don’t get the Title I money that they think they are going to get,” Pratt said.

The EAA had to borrow money, using the Detroit Public Schools as a conduit. They started to lose students. MEAP scores were lower than promised. Their online individualized education plan did not see the success people thought it would. State legislators even complained about a lack of transparency in the system, and that Covington had a lucrative contract.

Pratt said that the EAA needs to turn around their academics. Parents and teachers are saying they want results, not excuses.

“Do something, make it happen. Otherwise, what was the point?” Pratt said.

*Listen to full interview above.