It looks like some lawmakers who aren't happy with the May ballot proposal to increase road funding are trying to come up with an alternative. 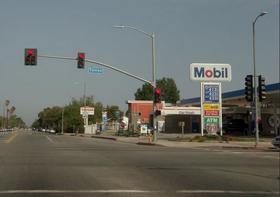 “Well Plan B, which is being introduced in the House, is actually going to sound very familiar to a lot of people because, as the sponsor Gary Glenn calls it, it’s essentially the Bolger Plan, which the House actually approved last year,” said Jonathan Oosting, who covers the Capitol for Mlive.com.

“What that plan would have done, and would do under this new legislation, is eliminate the sales tax on fuel, but then increase fuel taxes by a similar amount.," he said. "It aims to be a revenue-neutral plan but that would dedicate all of the taxes paid at the pump to roads.”

Being so similar to the Bolger plan, which didn’t have support from the Senate last year, Plan B is likely to face some hurdles. Still, these lawmakers have hope. For one thing, the legislature is more conservative this year.

“But really the issue here is not only the Senate, but the governor,” Oosting said. “The governor criticized what’s being called the Bolger Plan pretty significantly last year. He said it would really hurt schools and cities which rely on sales tax revenue for some of their funding. So by eliminating that sales tax on fuel, you would potentially cut the amount of future funding that schools and cities can get.”

Democrats are unlikely to support Plan B for this reason.

“Gary Glenn points out, and I want to make this clear, that his plan wouldn’t cut school spending," Oostling said, "but what it would do is limit future revenue growth for the School Aid Fund. So it’s a similar debate to what we heard with education funding in the governor’s race last year. Actual education funding may have increased, but potential education funding did not.”

The Traverse City Area Chamber of Commerce supports a sales tax increase to fix Michigan’s roads. That’s good news for the plan that has lost some key support in recent weeks. The higher tax would raise more than a billion dollars a year for transportation spending.

Critics say there was another option, one that did not involve new taxes. But Doug Luciani, President and CEO of the Traverse City chamber, says they looked at that plan too.