"Joy is like a gasoline:" How Michigan's black activists build solidarity online

When Amber Williams and Morgan Willis talk about #ICantBreathe or #BlackLivesMatter, they aren't just talking about Twitter hashtags. For these black activists and many others in Michigan, digital technologies create important spaces of solace, solidarity, struggle, and connection.
At a recent conference at University of Michigan called #UMBLACKOUT, Williams, Willis, and an array of local and national black activists discussed the myriad ways that black organizers use technology for both politics and pleasure, online and offline. 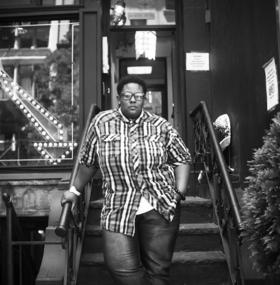 After the conference, Williams, master's student of social work and higher education at the University of Michigan, and Willis, program director of the Allied Media Conference in Detroit, joined The Next Idea for a wide-ranging conversation about race and technology in Michigan.

The challenges that black digital activists must tackle are different on and off college campuses, said Williams and Willis, but the two spaces are intimately intertwined. Technology creates and supports links between black students on Michigan's many campuses and within communities across the state.

These links are important, according to Williams, because we're living in a "post-affirmative action era," which is one factor behind the shift in "the types of students who are entering and not entering" Michigan's colleges. That means that technology is even more important to create supportive spaces for black students. Campus-based digital activist movements like #BBUM (Being black at the University of Michigan) have called attention to "reality of kind of existing in a chilly, sometimes hostile environment."

Students are really sitting at a crossfire," says Williams, "challenging the institution but also thinking about its commitment to communities that are suffering." 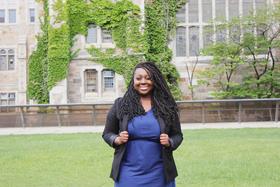 Willis points out that not only is Michigan post-affirmative action, but it is also "post-industrial." She explains that, on a statewide level, there has not been enough "focus on education, on skill-building, on culture, on diversity, on really understanding what the social issues are." Digital technology can help bridge these understandings by putting different generations and different identities of black activists in conversation with each other directly.

Of course, there are certainly technological and economic barriers to this type of connectivity. According to Willis, much of "black digital activism in Detroit specifically is really about getting people online and getting people familiar with the tools that exist." Younger people might only have access to the internet on their phones, for example, whereas older individuals are currently getting instruction on how to use email newsletters and crowdfunding to organize within their own neighborhoods.

To Willis, however, the major issue facing black activists in Michigan isn't technological. "The biggest challenge is definitely anti-black racism," Willis says. However, bridging the gap between powerful online activism and "conversations on the ground, in the real world," is key to addressing that overarching social problem.

Williams points out that black digital activism has a long genealogy. "Media has always been an important aspect of being able to galvanize people, do mass-mobilizing work. I don't know if [activists in the black power or civil rights movement] ever imagined a Twitter or Facebook." While there are still questions to be answered about who owns those technologies, Williams is optimistic. "I'm excited for the unimaginable," she says.

Despite the struggles, the forms of black digital activism that Williams and Willis engage in are also about joy, laughter and pleasure. This isn't about mere frivolity, explains Willis, but rather living proof that "joy is one of the core currencies of survival." Willis has said that Black Twitter is her "favorite place to be," a place where humor and energy allow for creative challenges to the status quo.

"Joy is like a gasoline," says Willis. In Michigan's many different black communities using digital technology to organize against racism, that gasoline is continuing to fuel social movements, both online and offline.

To learn more about black digital activism in Michigan, check out the website and YouTube pages for the #UMBLACKOUT conference.

Join the conversation in the comments section below, on Twitter or Facebook, or let us know your Next Idea here.