John U. Bacon discusses the week in Michigan sports 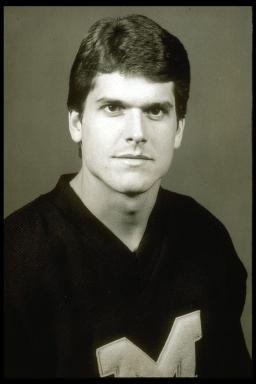 With so much buzz around Michigan football coach Jim Harbaugh, Michigan Radio sports commentator John U. Bacon thought he'd recount the coach's beginnings at the university.

Harbaugh's father was a defensive backs coach under the leadership of Michigan's legendary Bo Schembechler, and during this time Harbaugh was a ball boy for the team.

After making the team himself, Harbaugh showed up late to his first team meeting, and Schembechler treated him like any other play, punishing him by telling him "you will never play a down at Michigan."

"It's not a good idea to show up late for his meetings now either. He is almost the reincarnation of Bo himself," Bacon says.

As selection Sunday for the NCAA tournament approaches this week, Bacon also discussed what we can expect from Michigan State basketball. He says he can't imagine a scenario in which they don't get a bid, but the University of Michigan's basketball team will not be getting one.

However, Bacon has hopes for next year's U of M team, noting that almost all the players will be returning next year. And they will be a seasoned, experienced team after a year of John Beilein's coaching.

Bacon even draws comparisons between Beilein's coaching with that of Michigan State's football coach Mark Dantonio, explaining how they both take average players, coach them up, and prepare them for the pros.

Bacon says the downside to this is that these players often leave for the pros.

As for NFL football, Bacon weighs in on the Lions' trade of Ndamukong Suh to the Miami Dolphins. The $27 million trade makes him the highest paid defensive player in NFL history, but when asked if he is worth is, Bacon doesn't think so.

"For $27 million you can get three or four other very good players, so it might work out very well for [the Lions]," Bacon says.

John U. Bacon on UM, MSU's chances for NCAA tournament

Listen
Listening...
/
Our conversation with John U. Bacon

We're a little more than a week away from Selection Sunday, when we find out which NCAA teams will be competing in the March Madness tournament.

Michigan Radio sports commentator John U. Bacon says Michigan State will almost certainly make it to the tournament, with a relatively low seed.