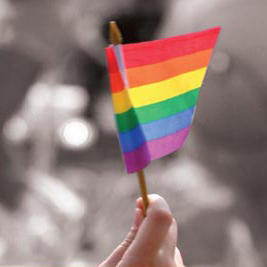 The U.S. Supreme Court decided on Monday it will not review lower court rulings on same-sex marriage cases from several states.

Michigan's case is still up in the air, because it's being heard – along with cases in Ohio, Tennessee, and Kentucky – in the Sixth Circuit Court of Appeals, and a decision could come at any time.

But for supporters of same-sex couples in Michigan, the Monday decision means new hope.

Jayne Rowse and April DeBoer are watching these legal developments with for deeply personal reasons. They are the Oakland County couple who have adopted three children and want to have the same legal protections for their family as straight couples.

Their case in Detroit ended with a ruling in their favor from U.S. District Judge Bernard Friedman, striking down Michigan's ban on same-sex marriage as unconstitutional.

That is the ruling that was appealed by the State Attorney General to the U.S. Sixth Circuit Court of Appeals in Cincinnati.

Dana Nessel is the attorney for Jayne Rouse and April DeBoer. Nessel hopes the Supreme Court will take the Michigan case, if the Sixth Circuit rules against same-sex marriage.

"What the Supreme Court was thinking [in the Monday decision] is that the lower court has made the right decisions. There was no need for them to review that ruling. I'm hopeful that the court also believes that Judge Friedman made the right ruling in our case," says Nessel.

* Listen to our interview with Kathy Gray and Dana Nessel above.

A decision from the Sixth Circuit could come at any time. The case was argued in August. Ohio, Kentucky, and Tennessee are also waiting on the ruling. A decision to uphold same-sex marriage bans in those states and Michigan would create a conflict between different circuits that could land the case before the Supreme Court.