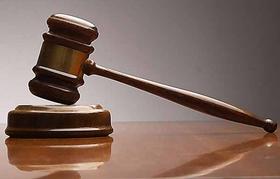 The Michigan Department of Education has called it the most serious federal criminal case involving a Michigan charter school since the state gave the green light to charter schools in 1994.

His two charter schools, The Grand Traverse Academy and the Bay City Academy are both managed by his company, Smart Schools, and they each are founded on some of Ingersoll’s ideas about education.

Around 2010 or 2011 Ingersoll, Pratt says Ingersoll took out a $1.8 million construction loan to convert a church into the Bay City Academy.

Dawsey says the FBI believes Ingersoll took some of the money he received from that loan and transferred it to his personal bank account before using it to cover expenses from the Grand Traverse Academy.

“Essentially, the feds are saying he robed Peter to pay Paul,” she said.

To hear more about tomorrow’s case, listen above.

Missing $1.6 million not the focus of criminal case for charter school founder

The man who owes $1.6 million to a Traverse City charter school goes on trial this week in federal court. One state lawmaker called Steven Ingersoll the “poster child” for problems with charter schools in Michigan.

But his financial dealings with Grand Traverse Academy will not be at the center of this month’s trial. In fact, whether the missing money was actually stolen might not even be an issue that gets discussed.

One of northern Michigan’s most successful charter schools is trying to move on from a controversy that has stretched over the summer.

Officials at Grand Traverse Academy decided last week that they will not go after the founder of the school for $1.6 million -- or at least not now.

A financial debacle has cast a shadow over the school which has grown steadily since opening in 2000. It now has around 1,200 students. That makes it nearly as large as nearby class B school districts like Kingsley or Elk Rapids.

A growing outbreak of pertussis – or whooping cough – has Grand Traverse County residents on edge. As the number of confirmed cases ticks upward every few days, some parents are pulling their children out of school.

The outbreak has renewed questions about parents who choose not to vaccinate their children. Are they putting vulnerable people at risk? Or exercising their right to keep their kids free of vaccines they see as unnecessary?