Eímear Noone has conducted, composed and arranged scores for blockbuster franchises like World of Warcraft, the Legend of Zelda and many more.

She's especially well known for leading orchestras as they record game soundtracks, a process she says is very fast-paced.

She doesn't let this hamper performers' artistry, though.

Listen to the episode to hear more from Noone!

Generous support for the music heard on this program comes from the Robert T. and Ruth Haidt Hughes Memorial Acquisitions Fund.

Special thanks to Eímear Noone and to Moema Parrott and Eva Pires of Polyarts Management.

Thanks to Michael Culler for engineering assistance and to Christine Kyprianides and Delia Zaleski for production assistance.

Eímear Noone - The Foundry (World of Warcraft: Warlords of Draenor) - Northwest Sinfonia Orchestra and Chorus

Eímear Noone, Clint Bajakian - Ways of the Ancient Ones (World of Warcraft: Warlords of Draenor) - Northwest Sinfonia Orchestra and Chorus 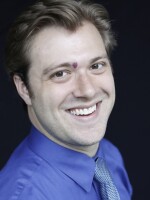