Ypsi gets all shook up this weekend at Elvisfest

It has been nearly 41 years since the passing of Elvis Presley, but "The King" can still draw a crowd.

Continuing Stateside's look at Michigan festivals, we headed to Ypsilanti for Michigan Elvisfest, taking place July 6 and 7 at Riverside Park. 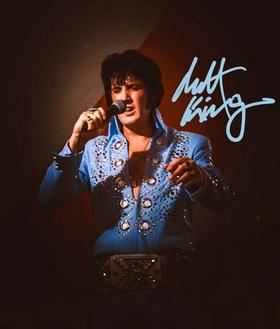 Mary Decker, the director of Elvisfest, and Colin Dexter, a 19-year-old Elvis tribute artist who will be performing at the festival, joined Stateside to tell us about the event.

This is the 19th annual Elvisfest, and Decker said idea originally came from an Elvis competition on CNN.

Ypsi's Elvisfest put its own spin on the event, making it a concert rather than a competition for the artists.

Dexter said that he started performing as an Elvis tribute artist at 13.

"I started loving Elvis when I was 5-years-old and my nana got me into it. But actually, when I was 10, that was the first time I ever went and watched the Michigan Elvis Festival, and I just kept telling my mom, 'One day, I want to do that so bad.' And then, just a couple years later, I was up on the stage with all the other guys that I had been watching years before," Dexter said.

As for why he likes Elvis and his music, he said it's something different. 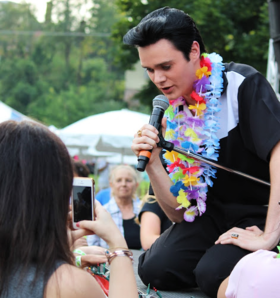 "A lot of teenagers and young adults, nowadays, they don't really listen to that type of music anymore, and it's kind of where their music sort of came from. And I think that music isn't really appreciated anymore," Dexter said.

Dexter said he sees a certain charisma in Elvis that he likes as a tribute artist, but Decker set the record straight on Elvis tribute artists versus impersonators.

"The tribute artists, they don't try to be Elvis; they just do tributes to Elvis," Decker said. "The ones that are impersonators, sometimes they don't even sing."

Listen above to hear the full conversation, and click here to learn more about the festival.