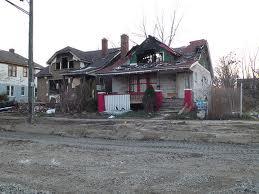 Tax increment financing, or TIF, is a flexible tool for downtown development authority boards aiming to encourage private investment and increase the taxable value of their municipality.

TIFs enable portions of a city’s regular property tax to be used for economic development, without a vote from taxpayers. There are eight types of authorities in Michigan that can engage in this type of financing.

David Bieri is an assistant professor of urban and regional planning at the University of Michigan.

Bieri explains the good and bad uses of TIFs. In the early 2000s, DDAs from Kalamazoo to Detroit addressed blight through brownfield remitigation. On the other hand, Bieri cites Bloomfield Park, the unfinished mini-city in Bloomfield Hills, as an example of TIFs gone bad: Blight was created rather than mitigated.

Normally, voters decide at the voting booth how city, state, and national government officials will spend their tax dollars. But the accountability mechanism in TIFs is "watered down" because elected officials appoint others to administer municipal funds. Appointing non-elected officials is not in itself a problem when there are strict monitoring systems, as seen in the Federal Reserve, where the chairperson is selected by the president.

But Bieri says the TIF accountability guidelines for regular reporting to the state don't work well. Bieri has found that only one in five authorities reports regularly. Some information is volunteered to the public but it's not necessarily information that's relevant to the state's needs.

The big question in local economic development remains: Do TIFs work? Governments and analysts that evaluate these policies "simply don't have the data" to determine the efficacy of TIF spending.

California recently abolished TIFs and now the city of Chicago is calling for more transparency and standardization.

"DDAs owe the public a meaningful set of numbers so we, the people, know what they're up to. Ultimately, the government officials can say this has been a good use of public money, or it hasn't."

Bieri thinks the bill has many merits that will improve the quality of existing legislation and is a great bipartisan effort that addresses historical issues dating back to the 1980s.

Correction: An earlier version of this post stated that Rep. Eileen Kowall introduced legislation last week to change the TIF law. That legislation has not yet been introduced.

* Listen to the interview with David Bieri above.