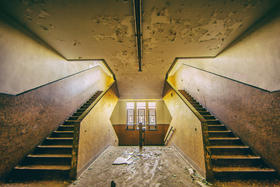 This week is National School Choice Week. But is school choice in Michigan cause for celebration?

“We studied this in great detail nationally in 2010, and there was a concern prior to school choice, including charter school reforms, that this would be a vehicle for white flight as some call it. We found evidence that supports that. But what was equally surprising was that minority flight is just as great…Segregation by race is happening in both directions…And it’s also fueled by how schools market themselves.”

“What we’re seeing in our urban schools is slowly the [number of students] are going down. When there’s competition, it’s really hard on those schools who end up having empty seats and half empty schools.

“Suburban Detroit schools are doing better because they can still fill their places through the schools of choice program, pulling students out of the urban areas, but our urban schools are suffering. First, they’re losing students. Second, they have fewer teachers left.”

What should the top priorities be for school choice?

“They need to look at school choice as a policy tool, as a tool that we can design to pursue the publicly established outcomes that we desire as a society.

“Right now, the two things that schools of choice are achieving in our state: they’re accelerating segregation by race, by class, by special education status, and by language of instruction; they’re also being used as a vehicle for privatization.

“These are things that weren’t articulated in the policy intent, but those are the objectives being served right now, and we need to realign that and redesign school choice to serve the public good.”