In the middle of summer, Bronner's is still a Christmas wonderland

In a place that gets as cold as Michigan, lots of people try to soak up as much of the summer sun as they can. But at Bronner's Christmas Wonderland in Frankenmuth, people are already thinking ahead to colder, snowier months.

Bronner's Christmas Wonderland is a year-round destination in Michigan. It's one of the central attractions of Frankenmuth, the cozy tourist town known sometimes as "Little Bavaria."

"Bronner's is the world's largest Christmas store," said Wayne Bronner, the store's owner. On the day I visit, he's wearing a bright red suit and Christmas themed tie, which he says is his daily uniform. The store was started by his father Wally in 1945, and it's been the family business ever since.

The store is overwhelmingly large. Bronner says they have 320,000 square feet at the main location, and they rent another 50,000 square feet of warehouse space off site. He says the store welcomes over 2 million guests every year, and there are plenty there in July.

Bronner says some years, visitors from as many as 100 countries sign the store's guest book. A spokesperson for the store said the store probably attracts guests of many faiths given the geographic diversity of its customers.

According to Frankenmuth's tourism site, Bronner's main store is the same size as one and a half football fields. It's also very eclectic, with rows and rows of ornaments ranging from sports teams to birds to clowns. Bronner says his favorites ornaments are the traditional, religious ones. 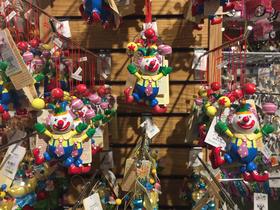 The warehouse space attached to the store, an area few guests get to see, is almost twice as big as the main floor. There's a team of talented employees dedicated to perfecting Bronner's type of calligraphy. A few of them are already painting ornaments for the holiday season.

"Most of us were artists before we started here, but then we're trained to do this specific font so they all look pretty much the same, so you get something consistent," said Max Miskeow, a painter.

Angie Ferris is a floor manager for the store. She says she was drawn to working at Bronner's because she loves Christmas.

"I always go all out and decorate my whole house, so it's fun working here," Ferris said. 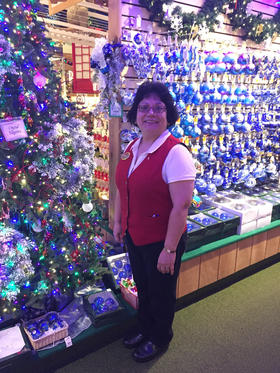 I ask Ferris a question that pops into my head: Does she ever get sick of hearing Christmas music day after day, regardless of the season?

"It's funny because people ask me that all the time, and after a while you block it out. But I'm a big Elvis fan, so as soon as Elvis comes on, I'm all chipper and singing along," she laughed.

Wayne Bronner says it's not hard to stay in the holiday spirit all year round. This is a man who, after all, wished me a happy 164 days until Christmas when I first shook his hand.

"Christmas evokes positive emotions. When you think about Christmastime, there's never anything negative about it. It's all about friendship and warmth and fellowship," Bronner said. "So it might be 90 degrees and humidity to match outside, and people are shopping in their T-shirts and shorts and flip-flops, and before you know it, they're singing Christmas carols and putting goodies in their baskets." 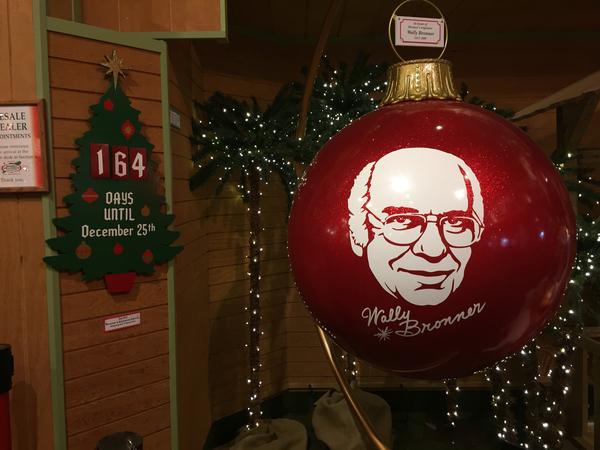