If you’re eating right now, you might want to take a little break.

We’re going to take a moment to talk about fecal bacteria.

Researchers at Michigan State University have done some detective work on septic tanks in Michigan, and they’ve found these tanks are leaking bacteria.

Human waste in the water

Joan Rose is a professor in the Department of Fisheries and Wildlife at Michigan State University. She took samples from 64 rivers in Michigan and found that human sewage had leaked into several different watersheds. 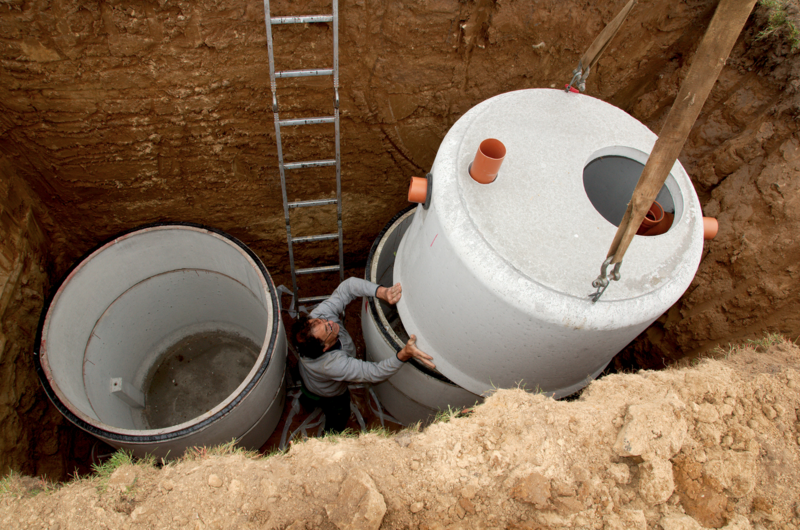 “I think what’s unique about this study is the scale,” Rose says. “I mean, we looked at these 64 river systems, but they represent watersheds. So, we looked at the majority of these large watersheds in the Lower Peninsula of Michigan.”

To do the study, Rose and her team used what Rose calls a “source-tracking marker.”

“It’s a particular bacterium that is linked to human sewage,” she says. “So I guess what surprised us was, at this very large scale — at the watershed scale, we started seeing hot spots where this human marker was found in higher concentrations, indicating more human waste.”

But where is the fecal bacteria coming from?

Rose says this tracking method is similar to a method you may have seen before.

“We use a DNA, sort of like they do in the television show CSI,” she says. “We take a water sample, we take the bacteria, and we extract the DNA out of it.”

She says that different kinds of bacteria indicate specific types of hosts. Some markers indicate cow waste, others pig waste, others chicken waste, and others human waste.

“And we are very concerned with human wastewater because we know that it carries pathogens that can make people sick,” she says.

Another way human waste makes its way into waterways is by way of sewage overflows, caused occasionally by big storm events. But those events are markedly different from leaking septic tanks, Rose says.

“The overflows, when they happen, are a single event,” she says. “And it’s a big volume, but it’s just at that one time. We’re mandated now in the United States to fix combined sewer overflows, to fix sewage spills. That’s not really allowed. So we already know if that happens we have to fix it,” she says.

That’s not the case for leaking septic tanks, she says.

Yet around 30% of Michigan households store their waste in septic tanks. Rose says across the United States, that number is fairly average.