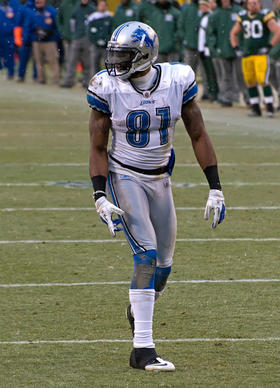 As spring approaches here in Michigan, we near one of the most exciting times of year for a sports fan in the Great Lakes state.

Right now, the Red Wings and Pistons are heading down the stretch of the regular season, fighting for playoff spots, while the Lions are making big offseason moves. On the hardwood, the NCAA tournament is just around the corner as Michigan State and Michigan are hoping to be a part of “March Madness” next month. Not to mention pitchers and catchers have reported for spring training as the Tigers get ready for another season.

There's only so much ground we can cover in a jam-packed interview with John U. Bacon. He joined Stateside today for his weekly sports check-in.

Leading off is the Detroit Red Wings, who boast the longest current playoff streak in all of professional sports with 24 straight postseason appearances. But this year they are not necessarily a lock to keep that streak alive with 22 games to play.

After a 1-0 loss to the New York Rangers, they are winless in their last four outings. If the season were to end today, they would get in as a wild card, but they are far from safe.

With the trade deadline approaching, the question remains if Detroit will make a move to improve their chances for another push for the Stanley Cup. Red Wings general manager Ken Holland recently said that veteran goaltender Jimmy Howard will not be one of those players on the trading block at the Feb. 29 deadline.

Bacon says the Wings might have the offensive firepower, led by Rookie of the Year candidate, and Waterford, Michigan native, Dylan Larkin.

Here he is showing off his speed:

Is the Megatron Era over?

The Detroit Lions’ 2015 season may be long over, but they’re making big headlines so far this offseason with a massive front office shake-up and the possibility of star wide receiver Calvin Johnson retiring.

“Megatron” has yet to make it official, leaving many to wonder if the 30-year-old playmaker is having second thoughts about hanging up his cleats. Bacon doesn’t think so.

“He’s probably going to retire, that’s what my sources are telling me,” said Bacon.

The Lions also made some big moves with their new general manager Bob Quinn, who Detroit hired away from the New England Patriots this offseason. Quinn released local fan favorite and former Wayne State star running back Joique Bell, as well as defensive tackle C.J. Wilson. Linebacker Stephen Tulloch, a former defensive captain, posted a heartfelt goodbye after he was told by the team that he will be let go next month.

Were those players expendable?

“For the price they were paying and what they were contributing, probably smart moves,” said Bacon. “Just good rational [general manager] moves. That’s a business, and there’s your proof.”

Listen to the full interview below to hear Bacon’s thoughts on Michigan State and Michigan as they approach the home stretch of the college basketball season. He also gets on his soapbox about why he doesn’t like conference tournaments in basketball.

Listen
Listening...
/
Listen to our interview with John U. Bacon.