Our conversation with Joshua Johnson. On Jan. 2, his show 1A will begin airing on NPR.

After a 37-year run, DianeRehmis retiring.She’d served notice to her legions of loyal listeners that she would see out the election and then step away from The Diane Rehm Show.

Much as Garrison Keillor hand-picked his successor Chris Theil for A Prairie Home Companion, Rehm personally selected her own: radio journalist Joshua Johnson.

Johnson sat down with us today to talk about how he plans to follow in Rehm’s shoes and what he plans to do with his new show, 1A.

Johnson told us there are two main meanings behind the show’s name. The first refers to the First Amendment and the freedoms therein.

“There are a number of freedoms enshrined in the First Amendment … that I believe are going to become very, very important in 2017,” he said. “This freedom that we have is something that we have to exercise, especially in times of tumult and concern.”

The other meaning hearkens back to Johnson’s time in Miami, where he worked for public radio station WLRN in partnership with The Miami Herald.

“The Miami Herald calls its front page ‘Page 1A,’ and those are the kinds of stories that we’re going to be pursuing on the show,” he said.“Stories that are very worthy, that people are talking about, and that we believe we can help add to the conversation.”

1A is launching at a troubled and historic time in America, but Johnson assured us he’s not afraid to wade into choppy waters.

“We’re often talking at one another or around one another or certainly about one another, but it’s so much harder to just talk directly to one another. … It is inherently difficult. But I think what we do need to do is lean into it anyway. One of the things that I believe 1A is going to focus on and can help with is allowing more people to be part of these difficult conversations.”

“We want to create a safe space for people to be heard, for people to engage, for people to connect, even to vent or to debate or just to argue. It’s OK for people to be feeling whatever it is they’re feeling. … If you’re upset, then be upset. If you feel like you need to vent, call, vent, just say what you’ve got to say. Don’t try to scrub it up and pull out your 14-letter SAT words to try to impress me because we’re on NPR.”

“We just want people to talk, just say what you’re thinking, and leave it to us to help govern the conversation, guide the topic, get us from point A to point B, and at the end walk away from the conversation feeling like it was time well spent.”

1A will debut January 2.

Listen to our conversation above for more.

You can follow Johnson on Twitter @jejohnson322. He asked anyone with ideas or suggestions to send them to 1A@WAMU.org. 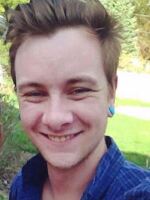 Ryan Grimes
Ryan is interning as a Production Assistant for Stateside. An Ypsilanti native, Ryan received a Music Production/Engineering certificate from Washtenaw Community College and is currently studying at Eastern Michigan University, pursuing degrees in Electronic Media and Film as well as Electrical Engineering Technology. For as long as he can remember, Ryan has loved public radio. Ryan is a big fan of podcasts, movies, longboarding, playing the drums, video games and spicy foods.
See stories by Ryan Grimes
IPR Shows & Podcasts