Michigan will never be the next Silicon Valley.

Michigan can't compete with the allure of the Coasts, or even Chicago, for the nation's best talent.

Michigan investors and politicians are too conservative to support true innovation.

If you live here and follow the economy, you've likely heard these slights before. You may even be guilty of uttering one or two yourself. Yet, even though Michigan has seen its share of economic setbacks in recent years, silver linings have emerged. Some are harder to spot than others, and often it takes a fresh set of eyes to help us appreciate what we have. That's where Charlie Moret, president and CEO of Invest Michigan, comes in.

BeforeMoretmoved to Detroit from the East Coast nearly three years ago, he had only been to Michigan once, for a two-day conference. Working in economic development in Connecticut, however, Moret heard about the momentum building in Michigan's entrepreneurial ecosystem. After working with entrepreneurs atTech Town Detroit, Moret now administers the Michigan Pre-Seed Fund 2.o, a nearly $7 million state fund to help emerging Michigan entrepreneurs. Moret sees Michigan's future as a glass that's "three-quarters full," and says Michigan is actually out in front of many states when it comes to building a robust entrepreneurial ecosystem.

From a professional point of view, what attracted you to Michigan?

There was a collaboration going on that, from the outside, looked just incredibly supportive of getting startups going and creating an environment that is so desperately needed for the future of technologies and the companies that we hope will generate those jobs of the future.

In Connecticut, I understand there was a shortage of available funds – of venture capital and private investors. When there is a shortage like that, what happens?

Connecticut had a unique situation. It had a tremendous amount of venture capital funds but most of them were really investing outside of the state. I was working at a quasi-public state organization where we were investing in startups within the state, but we were the only ones doing that. Most of the other organizations were investing out of state.

Sure. Our fund comes from the State of Michigan. It looks at companies – or opportunities, I should say – that are pre-revenue. These are entrepreneurs that have know-how, that have a new type of technology, and now they’re trying to build a company around it. So our job is to look at these from the perspective of technology and business – do they have something that’s innovative? Do they have the right management team? Do they have the right business plan? And then we support them in the early stages to get them up and running and allow them to hire staff and, hopefully, many of these will move forward to actually generate revenue.

In order to support these companies to really get them off the ground, it’s very high-risk capital. Therefore, especially at the pre-seed level, we do a tremendous amount of due diligence before we invest, because we’re trying to deploy state funds in the most expeditious, but also in the most prudent way to ensure that many of these companies do have a good shot of creating new businesses, new employment, and new revenue in the state of Michigan.

Without venture capital, what other options do companies have to build their businesses, especially ones involving science and technology?

There’s a myriad of resources. There are things like federal programs, like the Small Business Innovation Research program, which helps supports innovative research. The universities often have funds that are associated with technology transfer coming out of their schools.

The thing about Michigan that I was very surprised by was actually the level of angel investing that occurs in this state. When I was in Connecticut, we had one angel organization that was somewhat active and the amount of capital that went into these companies was not all that great. But here in Michigan, you have a well-developed group of angel investor groups that are highly sophisticated, well organized and supporting these entrepreneurial companies.

Coming from Connecticut, how does your view of Michigan’s economy compare to the way most native Michigan residents see it?

Right now what I’m seeing from the outside and coming in here and seeing all this activity is, if this is able to continue and people support this, I think what you’re going to end up having is Michigan being viewed someday – someone saying, “Wait a minute. Where did Michigan come from with all of this startup activity and all these companies?”

Actually, I’ll put it in the words of a professor I was working with back on the East Coast. I told him I was really thinking about going to Michigan and that I was very intrigued about the activity level and entrepreneurship. He said: “Charlie, if there is one place that I would recommend anyone go, it’s Michigan. You’re absolutely right. You’re on the cutting edge. You’re ahead of the game if you go there because there are great things happening in that state.”

And that was the view of another Nutmegger, as we call Connecticut folk. So it was not only myself viewing Michigan that way, but a professor from a very prominent university there saying the exact same thing that I was thinking while looking at Michigan from the outside in.

I think, like anything, there’s always this tendency to say, “Oh, we don’t have this. We don’t have that.” Oftentimes I sit there and a lot of Michiganders, they complain about there’s not enough going on. I would say that the glass is not half full, I think it’s three-quarters full here. There is just so much more activity going on that it’s a great place to be.

What has to happen for this momentum in Michigan to continue?

People have to stay the course. Silicon Valley did not happen in five or 10 years. I think it’s really critical that all the organizations stay focused and say, “Hey, we’re committed to this area. We know this can yield benefits in the future but we’ve got to stay the course.”

When I look at the state-level, I see a lot of strong adjustments taking place. So there’s recognition that, when they started this, they had to get it off the ground, so they took a lot of risk, as you do with any investment. Then as you become stronger and start to understand more aspects of it, I see this fine-tuning going on, which I think is very important for the system. When money is invested, it takes a while to get the return and you have to keep improving that investment formula to have better outcomes in the future. But what I’ve seen in Michigan is that everybody is very focused on the outcomes.

Charlie Moret is president and CEO of Invest Michigan and the manager of the Michigan Pre-Seed Fund 2.0, a $7 million state fund used to support emerging businesses in Michigan. 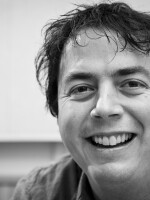 Joe Linstroth
Joe Linstroth is the executive producer of The Next Idea. Prior to joining the Michigan Radio team, he was the founding senior producer of Current State, a daily magazine show on WKAR in East Lansing.
See stories by Joe Linstroth
Classical IPR
Your home for classical music from northern Michigan and Interlochen Center for the Arts
Classical IPR home
Corporate Support
Your business can support public radio in northern Michigan
Local news coverage, straight to your inbox
Get IPR's weekly newsletter every Friday morning.
SIGN UP
Buy IPR merch
Tees, sweatshirts, hats, masks and more!
IPR store