Good weather, including plenty of summer heat, planted the seeds for a healthy harvest.

Michigan apple lovers are in for a sweet surprise this year.

Crop estimates show this year’s harvest is expected to be almost double that of last year.

The "in-cider" information comes from the Michigan Apple Committee - a grower-funded nonprofit.

Michigan’s official crop estimate of 29.5 million bushels of apples was announced yesterday as part of the USApple Outlook meeting which is held in Chicago.

The 2022 estimate is well above average for the Michigan apple industry.

“Ideal weather conditions in spring and summer, dedicated growers, and stored energy from 2021’s smaller crop has resulted in a large, high-quality apple crop for Michigan,” said Diane Smith, executive director of the Michigan Apple Committee, in a statement.

According to the USDA, Michigan harvested 15.6 million bushels of apples in 2021.

The Michigan Apple Committee’s prediction is based off data from growers and other industry experts from various regions in the state.

“Michigan had favorable weather conditions for growing apples during spring and summer 2022. Growers are indicating that the crop is plentiful and looks beautiful as well. Thanks to plenty of heat during the summer, the flavor will be great, too,” Smith said.

Michigan Apples are available nearly year-round in 32 states and 18 countries, according to Smith. 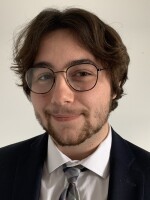