Celebrating Frederick Fennell on his birthday

In 1931, while attending Camp, he was chosen to play the bass drum in a performance conducted by none other than John Philip Sousa, and in the premiere of Sousa's Northern Pines March, no less.

Fennell went on to receive his bachelor's and master's degrees from the Eastman School of Music in Rochester, New York, where he organized the school's first marching band for the football team.

In 1952, he founded and and began conducting the Eastman Wind Ensemble, which became one of the world's leading pioneers in the symphonic wind band movement.

After Eastman, Fennell also conducted the Tokyo Kosei Wind Orchestra, was the resident conductor at the University of Miami and with the Miami Philharmonic, as well as the Dallas Wind Symphony.

Starting in 1940, and every decade into the 1990s, Fennell was a principal guest conductor at Interlochen Arts Academy and Camp.

Throughout his career, Fennell commissioned works from composers such as Percy Grainger, Ralph Vaughan Williams, and Vincent Persichetti, among others.

Fennell died in 2004 and in 2006, Interlochen Center for the Arts named its music library in memory of Fennell and his wife, Elizabeth. 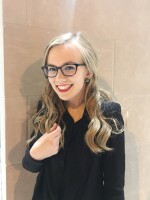