In Studio A with Viridian Strings 2022

Members of Viridian Strings visited Interlochen Public Radio's Studio A to share music and conversation ahead of their performance this Friday at the First Presbyterian Church of Elk Rapids.

Joe Skerik and Kyle Stachnik met as young players in the Traverse Symphony Civic Strings. They attended high school at Interlochen Arts Academy and later formed Viridian Strings, an ensemble that has grown over time.

Two of the group's members, Joe Skerik and Oliver Leitner, joined us and discussed the group's upcoming concert. While in Studio A, they played Johan Halvorsen's Sarabande Con Variazioni.

Joe Skerik spoke about what it's like to have fellow musicians come to Northern Michigan to collaborate.

"This place is very near and dear to our hearts," he explained. "So it's a great combination to be able to come home and then also bring new people here and share a lot of really incredible music."

Viridian Strings will perform a concert including works by Antonín Dvořák, Johannes Brahms and William Grant Still this Friday at 7 p.m. at the First Presbyterian Church of Elk Rapids. There will be a free will offering.

In Studio A with Viridian Strings was engineered by Stefan Wiebe. 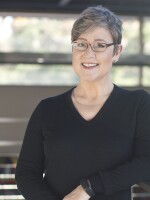 Nancy Deneen
Nancy Deneen is the host of Music at Midday and Music by Request.
See stories by Nancy Deneen
IPR Shows & Podcasts