About 50 demonstrators delivered more than 1,100 empty water bottles with messages from Flint residents curled inside.

Nayyirah Shariff with the group Flint Rising led the march. She says the demands include picking up the pace of replacing lead pipes and a moratorium on city water bills until the work is done. Shariff says the process of replacing the water pipes should not take years.

“It has been, like, woefully inadequate and very slow,” she said. “We need fast track pipe replacement. Three, four years, that’s just way too slow. And the other thing that we need is, we still should not be paying for this water.”

The group met with the governor’s communications director, who told them tests show Flint’s water is now safe to drink. The group also marched on Attorney General Bill Schuette’s office.

Schuette’s office announced late Tuesday there will be a new round of criminal charges related to the Flint water crisis. 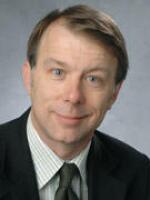 Rick Pluta
Rick Pluta is Senior Capitol Correspondent for the Michigan Public Radio Network. He has been covering Michigan’s Capitol, government, and politics since 1987. His journalism background includes stints with UPI, The Elizabeth (NJ) Daily Journal, The (Pontiac, MI) Oakland Press, and WJR. He is also a lifelong public radio listener.
See stories by Rick Pluta
Classical IPR
Your home for classical music from northern Michigan and Interlochen Center for the Arts
Classical IPR home
Corporate Support
Your business can support public radio in northern Michigan
Local news coverage, straight to your inbox
Get IPR's weekly newsletter every Friday morning.
SIGN UP
IPR Merch Store
Show your love for IPR with tees, masks and more!