After the July 4th partygoers leave, this group cleans up Torch Lake by paddle board

Each year after the swarms of boaters have left the Torch Lake sandbar following Northern Michigan’s most infamous Fourth of July party, a crew of trash collectors on paddle boards and kayaks take to the water to help the lake recover.

The Torch Lake sandbar draws hundreds of boaters to its clear waters for a July 4th celebration casually known as “TorchFest.” From floating DJs to fireworks to the Burger Barge, the all-weekend party provides plenty of opportunities for summer fun — and pollution of the lake.

Stand Up for Great Lakes, a nonprofit organization dedicated to protecting the Great Lakes and inland lakes in the region, has been doing the cleanup in the days after the fourth for seven years. The initiative started in 2015 after volunteers noticed how much trash was left over by partygoers on the sandbar, and has been a tradition ever since.

Kwin Morris, one of the co-founders of Stand Up for Great Lakes, said that the trash collectors are used to finding both commonplace garbage and bizarre items in the water.

Some items, like diapers or the vape pens, are concerning to volunteers who want to keep the lake safe from biohazards and pollutants. Morris said that garbage with chemicals or batteries pose a bigger threat to the lake’s waters than regular paper or plastic products.

“We grew up here, I’ve been on Torch my whole life,” he said. “I want future generations to see it’s beautiful, clean, and not trashed. We want to keep it as pristine as possible.”

Morris said that each year the organization notices less trash on the sandbar — marking a change from truckloads of bags filled in the first years to a few dozen now. He said people seem to be getting better at throwing out trash on their boats throughout the day. 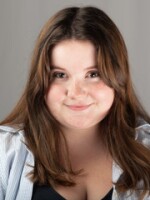