Cristian Măcelaru will lead the World Youth Symphony Orchestra in a concert of repertoire rooted in cultural heritage this Sunday.

The orchestra will play the first and fourth movements of Wynton Marsalis's Blues Symphony and all of Dvořák's Sixth Symphony.

Măcelaru talked with IPR's Amanda Sewell about what it was like to collaborate with Marsalis on his first work for symphony orchestra and the idea behind this repertoire pairing.

Listen to the entire interview or read the edited transcript below.

Attend in person or tune in to Classical IPR to hear the whole concert; it starts at 7:30 p.m. on Sunday.

On collaborating with Wynton Marsalis on the Blues Symphony

Wynton Marsalis, who I'm very happy to call a close friend, composed this piece. It's one of his early works and, in fact, the first purely orchestral piece he wrote. All his other symphonies were written together with Jazz at Lincoln Center, a 15-piece big band group.

Writing something purely symphonic was, of course, a different kind of challenge, and he and his publisher, Jonathan Kelly, are very open about this. When he wrote the symphony, he was surprised by what came off the page - not in a good way.

It's very difficult to imagine the sounds of a symphonic orchestra, especially one that isn't used to performing the kinds of jazz idioms, rhythms and riffs that are so natural to jazz musicians. So the first time the piece was performed, Marsalis and Kelly were a little bit disappointed in themselves, and then they tried again. They restructured the piece and tried a second time, and I think a third time as well. And at that point, Wynton decided that maybe this wasn't a symphony that would go on.

I didn't have a recording of it, but I knew of the piece. It's massive – a little bit longer than an hour. And after I recorded the Violin Concerto in Philadelphia with Nicola Benedetti, I wrote Wynton and said, "Look, I really want to do the Blues Symphony." And he said, "Man, you know, I just don't really think this piece should be performed anymore." And I said, "Well, can you give me a chance? I feel like I understand your music. I understand you, and I really want to do this piece justice." And he said, "Okay, fine. Let's try it."

So I took the piece to my festival in Cabrillo, which focused on contemporary music. We did a Wynton Marsalis evening with the Violin Concerto and the Blues Symphony. Wynton was there, and we were able to work side by side on the piece and really try to discover all the things that had been missing in the previous performances.

My proudest moment was at the end of the performance. Wynton came to me, and he said, "Thank you for allowing me to bring this piece back to life because I really was convinced it was nothing. But after tonight's performance, I really feel like it can go somewhere." And then a few months after that, I took it to Philadelphia Orchestra. We recorded it and it's available on record.

On the Blues Symphony

It's a beautiful piece. The concept of the symphony - like everything that Wynton does - is of epic proportions. He takes a small concept, the very structured chord progressions in the blues, and he goes through different musical forms and dances from popular culture to show the history of American arts.

It's amazing because the first movement, as you will hear, begins with the fife and drum. It's about America's birth out of its early wars, and it's called Born in Hope. Each movement goes further and further into the different styles that were common at the time.

Because of time constraints, we're only performing two movements with WYSO, but the final movement is actually this idea of the 21st century New York City craziness. It's basically very, very fast and brutal improvisation that he made himself on the trumpet and then recorded and transcribed for the orchestra. The finale is this amazing moment of shock. But throughout the whole piece, Wynton traces the history of America through the arts and the jazz idiom of the blues chord progression in a way that only someone like Wynton Marsalis can do.

I try to ensure that voices like Wynton Marsalis's are more present in classical culture because I think he has a lot to say. I have not met another composer yet that has been so in sync and so in parallel with the development of American history. Wynton, every work he composes, is truly an encyclopedia of the development of American arts. People might be surprised that I'm saying this, but really the truest, most important American composer I can think of is Wynton Marsalis. And I'm not saying this because I don't think Bernstein or Copland are important. But no one has focused so much on the idea of showing America's history and identity in both the classical music and the jazz world. And for this reason, I really think that Wynton will remain the most important American composer.

In some ways, I would call Dvořák's Sixth Symphony his most blues symphony because it refers so much to the dances, melodies and idioms of his native land. And these Czech melodies that he creates in the dances are in all of Dvořák's music, but they're in such a prominent role in the Sixth Symphony that I wanted to pair the piece with Wynton's symphony.

It's also a symphony that's quite ignored by music history because the seventh, the eighth and the ninth are performed so often. But I find the Sixth Symphony so full of charm and beauty. And it's amazing to see the incredible influence that Brahms had on Dvořák's life. It shares the same tonality as Brahms's Second Symphony and each movement seems to be modeled after the Brahms symphony in some way.

At the same time, it shows the unique identity that Dvořák had in music history because the gestures that he creates are so much more noble and proud than anything Brahms wrote. Dvořák came from a simple background but he was so proud of his people and his motherland. And I think anyone who has traveled to the Czech Republic and seen the places where Dvořák walked and lived will immediately understand because the people in this part of the world are so proud of their heritage - in a healthy way, not an unhealthy way. And I think Dvořák portrays this and shows the true sense of identity and pride in what you are able to show to the world, which I think we all need.

I think we all need to find our identity, to be able to show what is good about us - not in a false way, not in a cheap way, but in a true patriotic way. You know, we just passed the Fourth of July. And I think it's the perfect kind of program to put in context what culture brings to our societies today - the truest form of identity on a social level, on a cultural level and on a political level. We should be proud of who we are because who we are should be good. And this is the statement that Dvořák makes.

On the students' response to this week's repertoire

I was surprised that when I asked them, there were three students that had played the symphony before. I really did not expect that. Now, let's keep in mind that the orchestra is very large, so three is very little!

I find it fascinating, the opportunity that I have to take a young person's hands and let them meet Dvořák's hand or Wynton's hand through music. It's so beautiful, and it's something that will never happen again. It's only one time that you have a first impression of something, and to hear them understand and discover the musical gestures I've known for many years is really quite precious. And while I'm focusing on working with them a lot to make sure they understand it and know how to play it for Sunday's performance, I always feel this awe about how beautiful it is for a young person to discover music for the first time. It's really a privilege I take quite seriously and with great respect. 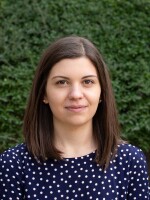