Searching for a rare butterfly in Michigan that’s disappearing fast

A lot of people spent the Fourth of July weekend grilling out or swimming at the beach. But Cale Nordmeyer spent his time trudging through the muck and grasses in a Michigan wetland.

Nordmeyer works for the Minnesota Zoo and he’s on a mission with a small window of time. He’s part of a small team of researchers working to save endangered Poweshiek skipperlings.

The butterflies hatch this time of year, and are out for only around two weeks, so Nordmeyer hopped on a plane as soon as he heard they had hatched here in Michigan. 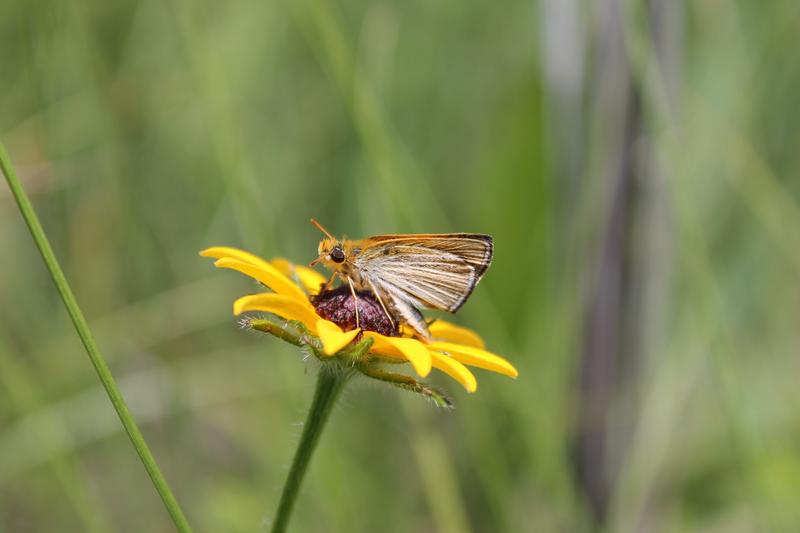 The butterflies used to be common, but today it’s estimated there are only around 500 left.

500 total in the world, and their numbers have been dropping off fast.

“In my home state of Minnesota, they are most likely extinct,” says Nordmeyer. “And that used to be the heart of the range.”

Holding on in Michigan

Today, one of the strongholds for the Poweshiek skipperling has been a series of prairie fens, here in Oakland County. Fens are wetlands with a lot of grasses and flowers.

I met up with Nordmeyer at one these fens with my daughter Cecelia. Right away, he spotted his first butterfly -- the big neon blue and pink one printed on Cecelia’s T-shirt. Nordmeyer said the butterfly picture on her shirt is modeled after a Charaxes butterfly.

“It’s orange and white with blue all over it. They’re stunning. They’re totally cool. And my favorite part about them… they have attitude.”

“What makes skippers unique among other butterflies is that they’ve got a huge head – and when they’re at rest – they have a fighter jet pose – they’re not always the biggest or the flashiest but I think they’re one of the cutest butterflies out there.”

Nordmeyer says he first fell in love with butterflies when he was six years old. He found a big, brightly colored caterpillar in his backyard and was hooked.

If we were going to find a Poweshiek among this swirl of bugs – his eye would spot it. We went out on a hot, sunny day – perfect butterfly weather. 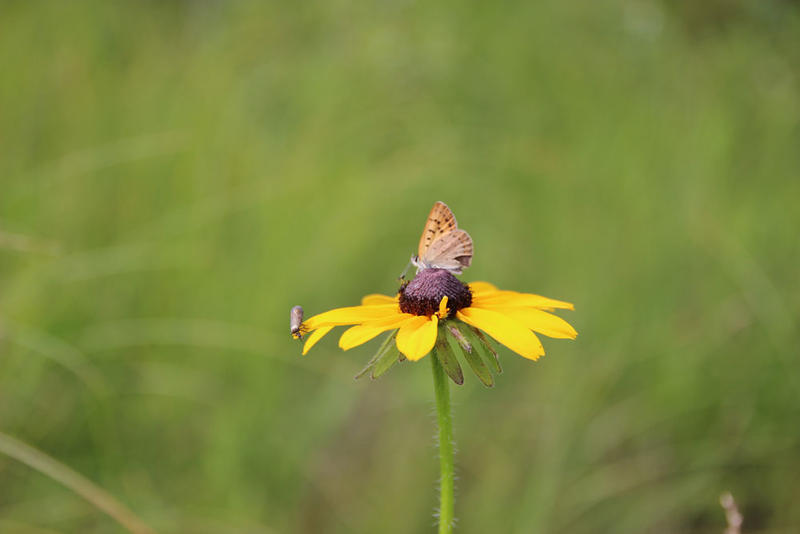 “I’m walking out. I’m scanning the landscape ahead of us,” says Nordmeyer as he steps with his butterfly net in hand, “And I’m looking at the black-eyed susans for a small little silver skipper that could be sitting right on top of them. Or I’m looking for a little flash of a skipper flying by. They almost sparkle as they go by.”

Nordmeyer came to this same fen four years ago and he saw Poweshiek skipperlings in really high numbers.

“So we should have come out and we should have already seen dozens,” he says. “It wouldn’t have been uncommon to spend a couple of hours doing a survey and see hundreds of them. Every black-eyed susan would have a little skipperling on it.”

When we met up with him, Nordmeyer’s trip hadn’t been going that well. He’s just wasn’t finding that many.

His goal is to capture some females, hold onto them for a few days while they lay eggs, and then raise the caterpillars back at the Minnesota Zoo. After they lay their eggs, he releases the females back into the same fen.

It’s all part of a program to try to save the butterfly.

Reasons for the decline – no one smoking gun? 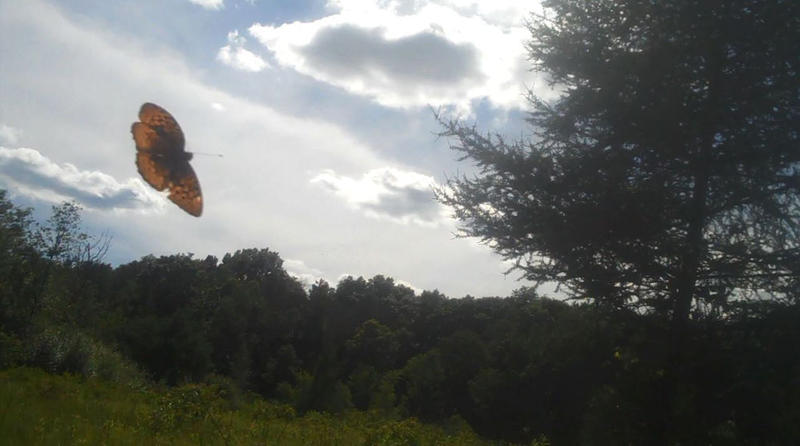 Habitat loss is a huge reason for the decline.

Prairies and fens have been disappearing for a long time. It’s estimated that only around 4% of the original tall grass prairies remain. But up until around 15 years ago, the butterfly had been found in big numbers - even in these insolated spots.

Nordmeyer says a class of insecticide used in farming might be at play here as well.

"The connection with neonicotinoids and the decline of some of these butterflies, like the Poweshiek skipperling, largely come from the effects that we now know that they have on some other pollinators – particularly bees," says Nordmeyer.

The Poweshiek only moves around in small pockets, so it can't travel that far.

The reason for declines in each area could be unique to that spot. Some prairies and fens might have too much prescribed burning or too much grazing from cattle. Researchers are also looking at the effects of climate change on the species. The amount of winter snow pack could affect their survival as well.

Another limiting factor for these butterflies is that there are just not that many people studying them.

“One of our biggest problems actually, is that there aren’t enough people who can positively identify it,” says Nordmeyer. “There’s a hope that there’s some population out there, and they’re still hanging on.”

The survival of this little butterfly depends on people like him.

Nordmeyer says his work can be hard. Watching declines like this isn’t easy for a lepidopterist.

“It’s kind of emotional coming out here and knowing what there used to be,” says Nordmeyer. “This should be perfect butterfly weather. We should be seeing them. And then not seeing them - it’s really, really hard. Now of course, there’s a lot of hope. We’re out here trying to reverse that, and that’s what I try focus on.”

Nordmeyer continued to scan the open field in front of us.

He took a quick swing at it with his butterfly net so we could take a close look at it.

“I missed it,” he said to Cecelia with a sheepish grin as the butterfly skipped off into the grass.

Males aren’t the target here. He’s after females. He did manage to capture a few females, and he drove back to the Minnesota Zoo with his precious cargo – Poweshiek skipperling eggs.

He hopes to be back next year to release the Poweshieks in chrysalis form.

Groups plan to sue the U.S. Fish and Wildlife Service over the monarch butterfly

This week, two environmental groups, the Center for Biological Diversity and the Center for Food Safety, put the U.S. Fish and Wildlife Service on notice.

They’re planning to sue the agency because they say it’s dragging its feet on protecting the monarch butterfly.