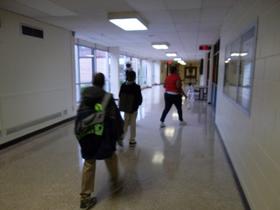 The annual Kids Count Report has a gloomy view of the well-being of the state's children.

Kids Count in Michigan is part of a broad national effort to measure the well-being of children at the state and local levels and use that information to shape efforts to improve the lives of children.

It says the state's efforts to keep children safe, healthy, and educated are falling short.  From the introduction:

Do kids count in Michigan? Irreversible damage due to lead poisoning from the Flint water crisis. Detroit Public Schools on the verge of bankruptcy with students in unsafe learning conditions. Two major examples of the investment—or lack thereof—to protect our children and provide a basic need, like water, and access to a safe and quality education. Yet, the state continues to underfund most government services and programs.

Rates of poverty among children improved only slightly between 2013 and 2014.

Alicia Guevara Warren of the Michigan League for Public Policy says even as Michigan's economy has improved, many parents still cannot find full-time jobs, even those paying minimum wage.

"We see one in three kids living in a family where parents have what we call insecure employment - piecemeal, part-time work and temporary work," says Warren.

She says many low-income working people pay 40% of their incomes for child care.

"That's a huge chunk for somebody who is really struggling to make ends meet having to put into child care in order to go to work," says Warren.

Warren says the state could and should increase the earned income tax credit and subsidies for child care.

That would take additional state funding.  But the report notes that revenue limits - funds that could be raised to ramp up investments in the state’s children and families—continue to fall well below the constitutional limitations.

In the current state budget, investments were made to improve third grade reading with the recognition that learning begins prenatally, increase funds targeted for our most at-risk students—the first time in more than a decade—and expand Healthy Kids Dental into the remaining three counties without this level of access.

There was also another modest decline in births to teen mothers in the state in 2014, continuing the trend since 2006.