Infected deer in the area spread a disease called bovine tuberculosis. It can kill cows, and it can be passed to people through unpasteurized dairy products.

The state has already spent more than $150 million trying to eradicate the disease over the past two decades. But rates of bovine TB have spiked among the deer population in recent years, and several cattle herds have been newly infected.

In April 2015, Jeremy Werth got the phone call that every dairy farmer in this area dreads. Werth runs a farm with his father and brother about 20 minutes west of Alpena.

A state veterinarian was on the line telling him that some of his cows were infected with bovine tuberculosis.

It was a shock to Werth.

“There were no signs of tuberculosis,” he says. “Healthy as horses. They were just going about their daily routine and had no clue of any signs of infection of tuberculosis at all.”

Werth’s family has been here long enough that there’s a road named after them - Werth Road - just east of the farm.

About 80 of Werth’s 600 animals tested positive for TB. 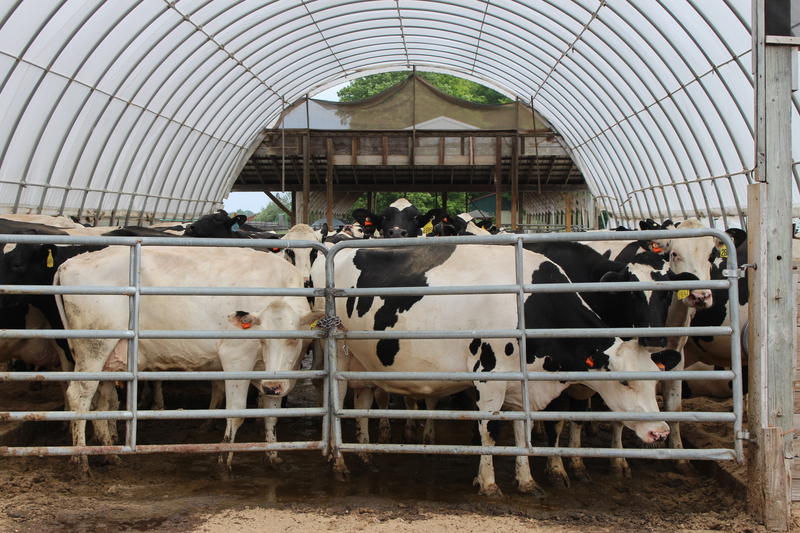 Werth says state officials later found an infected deer in the woods behind the farm.

Because of the high numbers of infected cattle, Werth and his family decided to do the unthinkable: have each and every cow euthanized.

“When you think of that animal having to be euthanized and destroyed to look for a disease in them, it makes you very sad. It tears your heart right out," he says.

Dozens of farmers have dealt with infections in this area since the 1990s.

Most cases have been found within four counties: Montmorency, Alpena, Oscoda, and Alcona.

Looking to deer hunters for help

Along with cattle, white-tailed deer also transmit the disease, and there are lots of them here.

Russ Mason is the wildlife division chief for the Michigan Department of Natural Resources. He says the state has been able to bring the percentage of infected deer down over the years, but TB has stuck around at low levels.

“I guarantee if we keep doing what we’re doing, we’re going to see exactly what we’ve got, and things are not going to change," he says.

Mason says the answer is to thin the deer herd significantly, and keep it down for decades. But that’s difficult for many hunters to accept.

“There are folks up there that are investing hundreds of thousands of dollars on their properties for deer hunting. And the idea of essentially destroying the deer resource on their property in the cause of disease eradication is very difficult for them,” he says.

The MDNR is proposing something called antler point restrictions.

Hunters could only shoot bucks that have three or more points on one of their antlers.

The hope is that hunters will take more does instead and be rewarded with a larger population of older bucks with larger racks. Antler point restrictions already exist for some hunters in the area. But hunters statewide are divided on the issue.

He says mandatory antler point restrictions would be a mistake in the TB zone.

“All it takes is for hunters being forced to pass up one deer that has the disease to show the impact those regulations have. They should be doing the opposite," he says. "They should be eliminating all antler point restrictions to maximize the opportunity for hunters to take more bucks and more does.”

The state’s Natural Resources Commission will vote on antler point restrictions at a meeting in July.

The U.S. Department of Agriculture says seven counties in the region are now free from bovine tuberculosis – an area including Antrim, Charlevoix, and Emmet Counties.

That means federal officials are easing regulations on cattle farmers, who have had to test their cattle regularly for nearly 20 years. Infected herds have been destroyed.

Recent changes to the rules for deer hunting are changing the sport.

The rules apply to much of the northern Lower Peninsula, and they're more restrictive, making it harder to shoot a buck.

Plenty of hunters objected when they were put in place.

But after a few years, some say it’s a dramatic improvement and could make the region a hunting destination for people from other states.