Why isn't road kill picked up on a timely basis across Michigan?

Amy Beth Edwards posed this question to our M I Curious team:

Why doesn't road kill get picked up on a timely basis in Michigan?

Edwards says she sees dead animals so often along her commutes to Chicago that she had to know why they're all there. 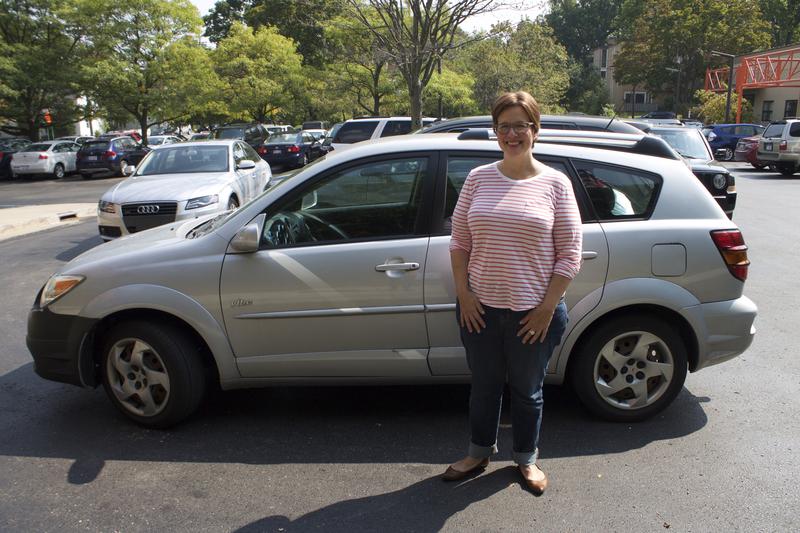 Edwards and I started looking for the answer on a five-mile stretch of M-14 where we saw seven dead animals. That seemed like a lot to me, but Edwards says that’s pretty normal.

“There’s one, ok,” she says. “Almost unidentifiable, but I think that was a raccoon.”

I looked into her question and it turns out road kill in Michigan is sort of like a game of hot potato. Most people don’t want to deal with it.

That leaves road commissions with a lot of ground to cover.

Riding with the Deer Sheriff

I talked to the top 20 county road commissions for car-deer crashes so far this year.

At number two, Kent County stood out among the rest. They employ one guy to pick up road kill full time. No other county I talked to does that.

I went to visit Andy Albertson. He’s a driver for the Kent County Road Commission.

Albertson had just started his truck when his phone started ringing.

It’s the first rush hour victim of the day.

“Mondays are normally a little busier in the dead deer department, especially in the fall,” Albertson says. “So I’ll go out, make my list. I put the — I call them pick tickets — on the window, like a short order cook.”

He’s talking about a couple large sticky notes he puts on his windshield. There are nine animals to grab today.

“It is, Linds, a strange way to make a living,” he says. “But I see it as a very positive public service. I mean people have issues with the road commission — you know, this, that, we’re not doing this, we should do this. My service, no one ever complains. They’re happy to see me show up.”

We turn onto 60th street.

Albertson puts on a fresh pair of gloves, and hops out of the truck.

He grabs what’s left of the animal by the leg and pulls it into the back.

One down, eight to go.

The cost of road kill pickup 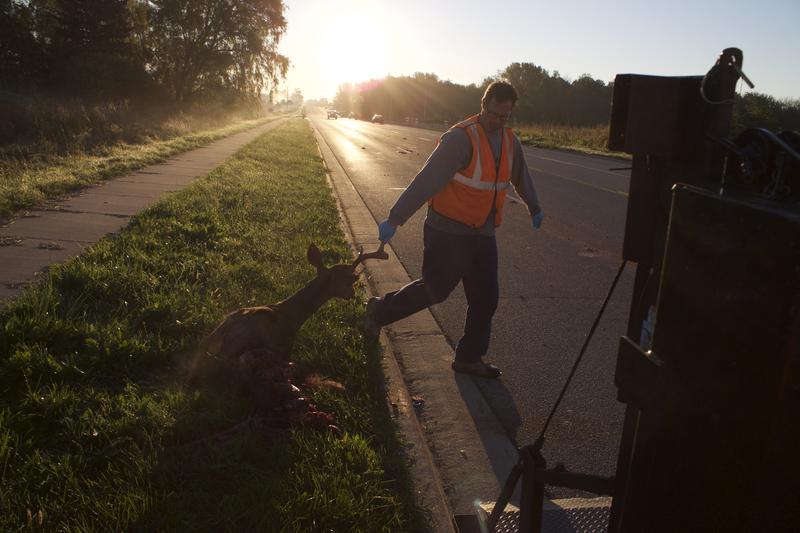 This allows them to pick up around 2,000 animals.

The other road commissions I talked to don’t do that. They say they don’t have the money. In fact, five of them pass the road kill responsibility off to Animal Control or Sheriff’s Departments.

Denise Donnahue is the Director of the County Road Association of Michigan.

She says road commissions across the state are in a tight spot — they’ve lost employees and a majority of Michigan roads are not in good condition.

“So I think, as we think about our roads, certainly road kill is a nuisance, it’s important, but yet we have a large, systemic problem here: taking care of our roads and preserving our roads and so forth,” Donnahue says.

Her group wants to pass road kill off to the Michigan Department of Natural Resources.

But DNR officials say that’s not their job.

They say they’re focused on preserving habitat and living species.

All of the road commissions I talked to move dead animals out of traffic, to the side of the road.

When resources and time allow, some then bury the large animals or take them to landfills.

But by and large, most just leave the animals on the shoulder. They say they can't pay to do anything else.

What do you wonder about Michigan or its people that you would like Michigan Radio to investigate?

Ask your question in the form below. (If the form doesn't load, find it here.)