Why do so many international Olympic figure skaters train in Michigan?

Two Japanese figure skaters who train in Metro Detroit have had their Olympic moment.

Japan's Miu Suzaki and Ryuichi Kihara finished 21st in the pair skating short program – unfortunately not good enough for them to make the finals. They also competed in the team event, where Japan finished fifth overall. 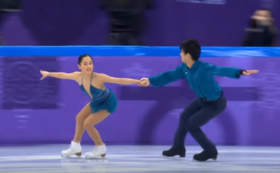 The couple trains at the Detroit Skating Club in Bloomfield Township.

Stateside spoke with Suzaki, Kihara, and some of their trainers, back in December as part of Michigan Radio's MI Curious project. In honor of their performance in PyeongChang, we decided to revisit that conversation.

Listen above, or read highlights below.

Why do so many international Olympic figure skaters train in Metro Detroit?

Stateside visited the Detroit Skating Club in Bloomfield Township to find the answer.

It’s one of several facilities in Michigan that turn out big-name Olympic skaters like Tara Lipinski, Federica Faiella, Massimo Scali, and Virginia Baxter, to name just a few. 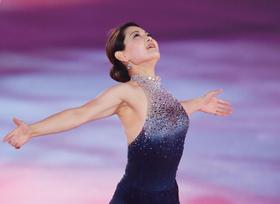 Stateside spoke with Jerod Swallow, managing director of the Detroit Skating Club, and Yuka Sato, a national, international, world, and Olympic coach and choreographer at the Detroit Skating Club. Also of note: Swallow and his skating partner and wife Elizabeth Punsalan are five-time U.S. national champions in ice dancing. They competed twice in the Olympics. Sato was a World Champion and skated for Japan in two Olympics.

We also heard from the Japanese pair team of Miu Suzaki and Ryuichi Kihara.

“Well, I think one of the reasons we’re more global today than we were is that we’ve got coaches that have immigrated from all over the world to set up shop, if you will, in Detroit. And with that, they’ve attracted an international level of athlete to come and train in Detroit."

“We’re very lucky. The coaches that have migrated to the state over several decades [say] that they stay because we have facilities that can give them the time and the resources necessary to develop Olympic-level skaters. We’ve had coaches, actually, that have moved away from our club, and they developed their own programs. One is very successful in Canton, Michigan at Arctic Edge Figuring Skating Club and also at the Novi City Rink. It’s incredible that we have three major training centers within a 45-mile radius, and they attract skaters from all over the world. So it really is, has become, a Mecca for training figure skaters – the Detroit area.”

Coach and skater Yuka Sato on why she's stayed in Michigan

“The reason I’m still here is because of such a wonderful facility that I get to work in, which is Detroit Skating Club. I’ve taught here for many, many years, but also I’ve had such a great professional career as a performer. And I can say for both as a coach and a skater, this facility is just so wonderful. We have [the] freedom of having a great quality of training sessions for the skaters. And also… with the trainers, physical therapists, and some of the other instructors that [figure skaters] need for dance classes and the strengthening and conditioning. And everything is happening under one roof, so for the athletes, it’s just wonderful.”