What does a Detroit neighborhood want from the city?

Related Program:
Stateside
ShareTweetEmail
Listen
Listening...
/
Listen to Detroit Councilman André Spivey and challenger Latisha Johnson as well as MorningSide neighbors talk about what they want from the city.

Detroit residents will soon vote for mayor, city council, and other offices. What do they want for the future of the city? The MorningSide neighborhood reflects the rest of the city well. So, how well do the priorities of the residents align with the candidates vying to represent them on city council? 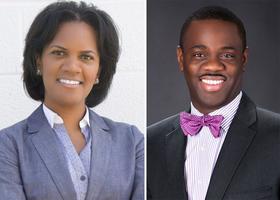 Actually, they align surprisingly well. We talked with a dozen residents of MorningSide. One of their top concerns was abandoned houses.

“Right now we have a lot of vacant houses, the grass doesn’t get cut often,” said Sharon Lee.

Michelle Drane was a little more direct when she said, “Tear all of these raggedy abandoned houses down to make it safe for myself and the children walking around here.”

Drane worries a violent person might grab a woman or a kid off the street and drag them into a vacant house.

MorningSide is part of Detroit’s District 4. The incumbent City Council Member is André Spivey, who indicates Detroit is putting all the money it can into tearing down vacant buildings.

“Whatever funds we can give to you for demolition, we’ll do just that. And it’s a slow process, but we’re getting there,” Spivey said.

According to City of Detroit data, in just the last three years, 266 houses have been torn down in MorningSide, nearly 2,000 in District 4 and nearly 13,000 total in the city thanks to federal Hardest Hit funds.

Spivey’s challenger is Latisha Johnson. She knows empty houses attract people who’ll steal anything of value in an empty house.

Johnson would like to use those federal funds currently going to demolitions to help keep residents in homes.

“I like to focus on being proactive and helping to reduce, eliminate the issue by utilizing the Hardest Hit Fund dollars to help keep them there so that more properties are not becoming blighted,” she said. 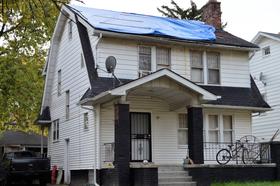 That leads to another issue important to the MorningSide residents: helping people get money for home repair.

“They need to rebuild the houses. Make it look a little more better,” Ronisha Rayford said.

Kenneth Cannady was more specific, saying, “Give them a helping hand to bring it up to code instead of using that money to tear things down. There are no programs like that.”

One of the things you notice in many Detroit neighborhoods are houses with big blue tarps protecting the roof. Roof leaks can destroy a house quickly. But, a lot of folks can’t afford to re-shingle them.

“But you have to qualify for them. We do have CDBG (Community Development Block Grants) grant dollars and those go to organizations in the community, but then they can’t serve the entire east side (of Detroit) or all of MorningSide.”

So, we’ll continue to see those blue tarps for now. That is, unless whoever wins the election for mayor decides those Hardest Hit Funds might be better spent fixing homes instead of seeing them added to the demolition list.

Among the other issues, a few people mentioned crime and wanting more police patrols. But, there was one thing mentioned several times that might not be expected from a struggling Detroit neighborhood. 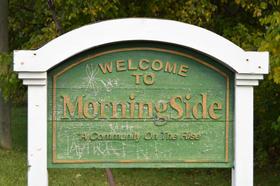 “One thing that we do not have in District 4 is a rec center. Most districts throughout the city have two, more than likely three of them. Some have four,” she said.

Johnson indicated residents on the east side of Detroit see a rec center as a priority.

Councilman André Spivey says he’d like to see a public/private partnership to build and operate a rec center.

“The mayor and I spoke. The mayor said, ‘We don’t have any money at all.’ But I said, ‘Mr. Mayor, if I find some private dollars, can we find some public dollars to match that?’ So, we are right now looking at some foundations and community associations to find some money. And we’re not talking just a fly-by-night rec center, but a state of the art rec center that can create its own revenue to sustain itself.”

If that happens, Spivey thinks it should go in Chandler Park where there’s already a golf course and the Chandler Park Family Aquatic Center.

Other things the residents of the MorningSide neighborhood want is illegal dumping stopped, loose dogs caught. But, mostly, they just want people to realize that MorningSide has a lot going for it and those people should buy a house there.

Support for the Detroit Journalism Cooperative on Michigan Radio comes from the John S. and James L. Knight Foundation, the Ford Foundation and the Corporation for Public Broadcasting.