One of the toughest things about being a parent in Flint right now is the uncertainty. If your kid gets diagnosed with ADHD, or struggles in school, there’s a part of you that wonders: is it because of the lead exposure?

The same goes for women who lost a pregnancy. Two studies have been looking at miscarriages in Flint for more than a year now. But miscarriages are really hard to track. So even now, we still don’t have good answers for those moms.

Suzan Early has two kids. Chris, 14, is a smart kid, Early says, with a gentle side, even when he has his typical teenager moments. And Avianna, at nine, is patient and watchful and likes collecting perfume ads from magazines. 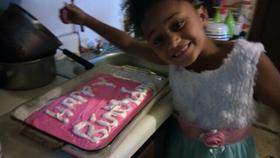 But Early wants one more. A baby, she says, would round out their “mixed Brady Bunch,” as she calls her family: her husband, his children from a prior relationship, and her kids.

She's wanted it for years. Back in the fall of 2015, she found out she was pregnant again, right around the time the news broke about the Flint water crisis.

She and her family, she learned, had been drinking, cooking with, and bathing in lead-tainted water.

“We were going to the doctors, like making sure everything was ok, doing all the testing,” Early says. “Because we were planning this baby.”

Everything looked good. The tests came back fine. Then, at their 12 week checkup, their doctor couldn’t find the baby’s heartbeat. 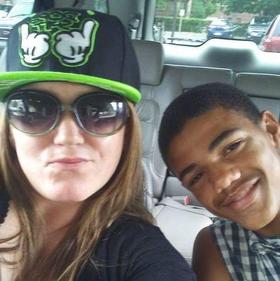 “And it was crazy, she just didn’t know, like, how to even tell me,” Early says. “You could see the look on her face like, ‘I don’t know how to tell you this, but the baby’s – there’s no heartbeat.’ I was like, ‘Are you sure? Check again.’ I just broke down in there so bad.”

Early says doctors couldn’t tell her exactly why she’d miscarried. But it could have been a lot of things: she’d had miscarriages years before, and she was in her mid 30s. Ten to 20% of all known pregnancies end in miscarriage, according to the Mayo Clinic.

But Early says she feels like the lead exposure had to be connected, especially because she says she’s had two more miscarriages since.

“And I know there’s so many more women out there, who have gone through this, and are like me,” Early says. “Who second guess themselves, and wonder like, did this really affect my body to the point where I’m not going to have kids? And I don’t think I’m the only one. I think there’s a lot of women out here.” 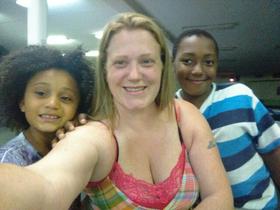 Here’s what the science tells us

Lead exposure can lead to miscarriage, stillbirths, and infertility in both men and women, according to the Centers for Disease Control and Prevention.

Back when Washington, D.C. experienced its own water crisis in the early 2000's, Virginia Tech professor Marc Edwards says his research found that fetal deaths (which is when a fetus dies later in the pregnancy, usually after 20 weeks) spiked.

That doesn’t necessarily prove that there’s a connection between the two, he says. And Washington, D.C.’s lead crisis was in a much larger city, with higher levels of lead exposure than Flint. So even if the same thing happened in Flint, it may never show up in the data.

“I think that what you can say, is clearly, the lead exposures that occurred, would be expected to have increased adverse pregnancy outcomes significantly,” Edwards told Michigan Radio last year. “What you’re really just trying to do here is say: was there an association, basically, during this time period of high lead in water? Did in fact that prediction, as horrible as it is, come true?”

More than a year later, still no solid answers

Ask Dr. Mona Hanna-Attisha how hard miscarriages can be to track.

Her team at Hurley Medical Center in Flint has spent more than a year looking at three indicators: 1) how many miscarriages show up in the Hurley ER; 2) when patients tell their doctors they’ve miscarried, or 3) when women need an operation following a miscarriage.

So, how’s that going?

“Yeah. Uh. So, it’s nowhere,” Hanna-Attisha (known by many in Flint as just "Dr. Mona") says, sitting in her small office, surrounded by flyers that read "Flint Kids are Smart" and scrolling through a Power Point about new health efforts in the city. “The data was very difficult to get.”

“However, our priorities also changed. It’s part of our work to see what happened, and to see the extent of what happened. But very quickly, my focus – and my very lean team’s focus – shifted to what’s next," she says.

What’s next, she says, is trying to reduce the effects of lead exposure. Flint kids and parents need good nutrition, good support systems, and good healthcare. Still, so many of the parents who see Hanna-Attisha are living with the same constant anxiety. Whether it’s a miscarriage, a learning disability or a rash, they want to know: is it because of the lead?

“So I try to comfort them,” Hanna-Attisha says. “I try to reassure them. I try to validate that. You know, maybe it was, maybe it wasn’t. But let’s do what we can right now to take care of you and move forward.”

Meanwhile, the state health department has also been looking into Flint’s data before and after the water crisis: the infant mortality rates, stillbirths, low birth rates, trying to see if there’s any connection.

“Over the past several months, we’ve been working on statistical models to evaluate the last six years of available birth data for Flint,” said MDHHS spokesperson Jennifer Eisner in an email last month. “We have worked with CDC on this analysis and they have been asked to review and provide feedback. At this time we are not aware of evidence indicating the water switch impacted birth outcomes in the city of Flint.  Once the analyses and models have been reviewed and verified by the CDC statisticians, I’ll be sure to share that information with you.”

So for parents in Flint, miscarriages are still one more thing to wonder about.