When Michigan’s economy tanked a decade ago, it stepped up a steady stream of young people leaving Michigan to seek work in Chicago. 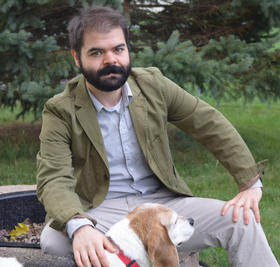 Michael Ferro was one of those young Michiganders. His experience working for the federal government in the Windy City was the inspiration for his debut novel Title 13.

Title 13's protagonist, a government worker named Heald Brown, finds himself in some very dark places; partly due to vodka, and also because of the Orwellian nature of his job working for the government.

Ferro has been recognized with an honorable mention for Glimmer Train's Short Story Award for New Writers, and he received the Jim Cash Creative Writing Award for Fiction.

Ferro joined Stateside today to discuss the book, and explain how his own move to Chicago during the Great Recession inspired Title 13. He also discusses what his debut dystopian novel says about the United States in the 21st century.