Superbugs kill thousands every year, so how can we change the way we use antibiotics? 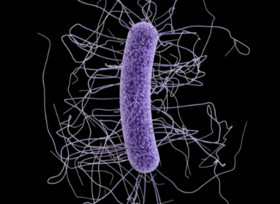 The warnings about "superbug infections" and over prescribing antibiotics have been getting stronger and louder in recent years. Yet, it's still happening and we are seeing people die from infections that are caused by these so-called superbugs.

The Centers for Disease Control, for example, is telling us that every year 75,000 Americans with hospital-aquired infections are dying while they're in the hospital.

Dr. Scott Flanders, an internist and the director of the Hospitalist Program at the University of Michigan, spoke to Stateside about what causes antibiotic resistance how to combat over prescription.

He said a superbug is a bacteria that developed a resistance to the antibiotics used to fight it. In the worst case scenario, the bacteria does not respond to any and all antibiotics. Although this can happen in nature, antibacterial drugs speed up the development of resistance. And the more doctors prescribe antibiotics for a patient, the more resistant naturally-occurring bacteria becomes.

According to Flanders, potentially 30% to 50% of antibiotics prescribed in U.S. hospitals are unneeded. He blames imperfect diagnostic tests; bacterial and viral infections often have the same symptoms. Most doctors cautiously prescribe antibiotics immediately, even though viruses do not respond to antibiotics.

Antibiotics can cause negative side effects, like rashes, diarrhea, and (in extreme cases) Clostridium difficile infection, he said. Commonly known as C. diff, this infection is caused by an overuse of antibiotics and kills about 20,000 Americans each year.

If common bacteria become resistant to antibiotics, Flanders said we could be edging toward a post-antibiotic era. For patients on immune suppressing drugs, like during chemotherapy or after an organ transplant, bacterial infections can be life threatening.

Doctors and researchers are trying to develop strategies and approaches for doctors and patients to limit their antibiotic use.

Flanders said he recommends that patients educate themselves about antibiotics, and understand that many common symptoms (like coughs, runny noses, or sore throat) are viral in nature. He said the expectation that every doctor's visit ends in a prescription is “a mindset that needs to change.”

On the hospital side, Flanders developed and implemented a “48 to 72 Hour Time Out” strategy at the University of Michigan.

“Doctors stop 48-72 hours after prescribing an antibiotic and say, ‘Have I sent off diagnostic tests that help me differentiate virus from bacteria…. What do those results show?’” Flanders said. “ If we haven’t found very serious bacteria, can we narrow the number of antibiotics we’re giving a particular patient? Can we adjust the dose given how the patient is doing? Can we identify an appropriate duration at that point in time?”

He said increased collaboration between doctors, nurses and clinical pharmacists is crucial.

“If we do not pay attention to how we prescribe antibiotics, use them in a reckless and perhaps inappropriate fashion, we will quickly lose the ability to fight many common bacterial infections,” Flanders said.

For the full interview, listen above.