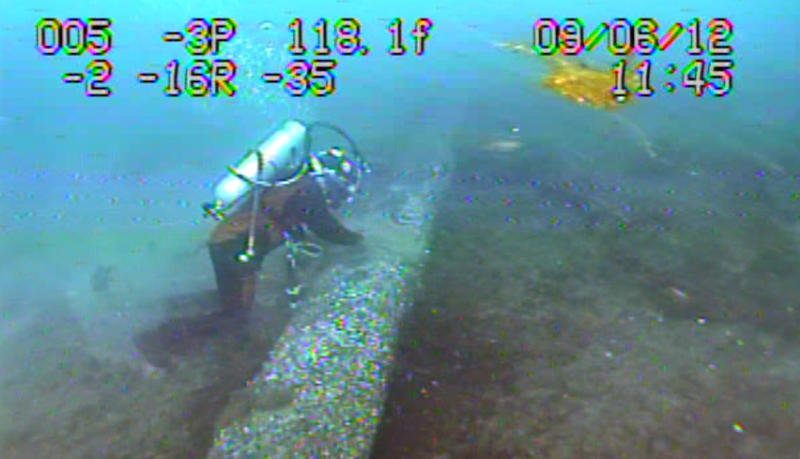 Michigan’s economy would take a big hit from an oil spill in the Mackinac Straits, according to a new study.

The study is based on a scenario where more than 2 million gallons of crude oil leaks from the Enbridge Energy Line 5 pipeline.

Richardson’s study looks at the effects on tourism, property values and commercial fishing, among other factors.

He says it’s a conservative estimate, since previous oil spills in open waters have had economic damages in the tens of billions of dollars.

“An oil spill in this area could certainly have the potential to inflict damages of a similar or greater magnitude,” says Richardson.

The study was commissioned by the group For Love of Water (FLOW).   The group has been among the most vocal in calling for the shutdown of Enbridge’s Line 5, which carries crude oil beneath the straits.

“This study puts credible numbers behind what common sense tells us, that a Line 5 spill could cause catastrophic economic impacts in addition to environmental destruction,” says Liz Kirkwood, Executive Director of FLOW. “It’s another compelling reason for the state to take swift action to shut down Line 5.”

State officials have resisted calls from environmental groups to shut down Enbridge’s Line 5, despite concerns about the aging pipeline’s condition.

MSU’s Robert Richardson insists, despite commissioning his study, FLOW did not influence his findings.

"Our analysis indicates a potential worst case discharge at the Straits of Mackinac is approximately 5,000 barrels, which is less than one-tenth the volume assumed in this study," says Duffy, "Automatic shut-off valves located on either side of the Straits of Mackinac will shut down flow of product into the line within minutes if there is a drop in pressure. We would immediately activate containment and clean up equipment and crews".

Michigan’s attorney general is suing an Escanaba-based shipping company that he claims is responsible for a mineral oil leak in the Straits of Mackinac earlier this month.

Pipeline Advisory Board has recommendations for governor on Line 5

Members of a pipeline advisory board are criticizing a deal Governor Snyder struck with the energy company, Enbridge. They are calling for the line to be temporarily shut down.