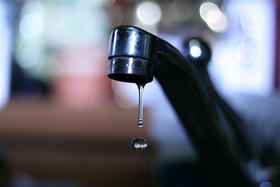 Low-income, rural areas are the most vulnerable to drinking water quality violations that could affect people’s health, according to a new nationwide study.

Maura Allaire is the lead author of the study, and an assistant professor of urban policy and public planning at the University of California-Irvine. She says the Flint water crisis inspired her to do this work.

“I was living in Lansing, Michigan at the time that the Flint water crisis really broke into the national spotlight,” she says. “And so like many Michigan residents, I became curious — how widespread are these water quality issues across the country?' So I dug into the data.”

After assessing more than 30 years of records on drinking water quality violations, Allaire found violations extended well beyond Flint. For example, in 2015, she found 21 million people received water from systems that had violations of health-based standards. Those violations were for problems with things like E. coli contamination, arsenic, and lead, among other issues.

“Larger systems were better placed to properly treat their water,” she says.

She says they found smaller communities that purchase their water from larger systems tended to have fewer water quality violations.

You can hear more from Maura Allaire in the interview above.