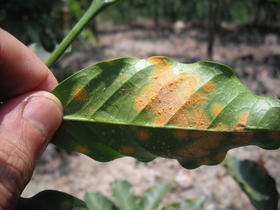 Listen
Listening...
/
Our conversation with John Vandermeer and Ivette Perfecto

For many of us, the day doesn’t really start until we polish off that steaming cup of coffee.

But a fungus called "coffee rust” is putting that luxury in jeopardy. It’s attacking coffee plants across Mexico and Central America, and in recent years has caused more than $1 billion in crop losses and cost thousands of workers their jobs.

Two University of Michigan professors have been studying coffee in Mexico for nearly 20 years. They want to understand just how this fungus spreads and how best to shut it down.

John Vandermeer is a professor of ecology and evolutionary biology. His research partner is Ivette Perfecto, an ecologist and professor in the School of Natural Resources and Environment.

Vandermeer explains that coffee rust is a fungal disease that had a devastating impact on coffee crops in late 19th century Asia, and is in fact “one of the reasons coffee became so abundant in Central America and Mexico.” 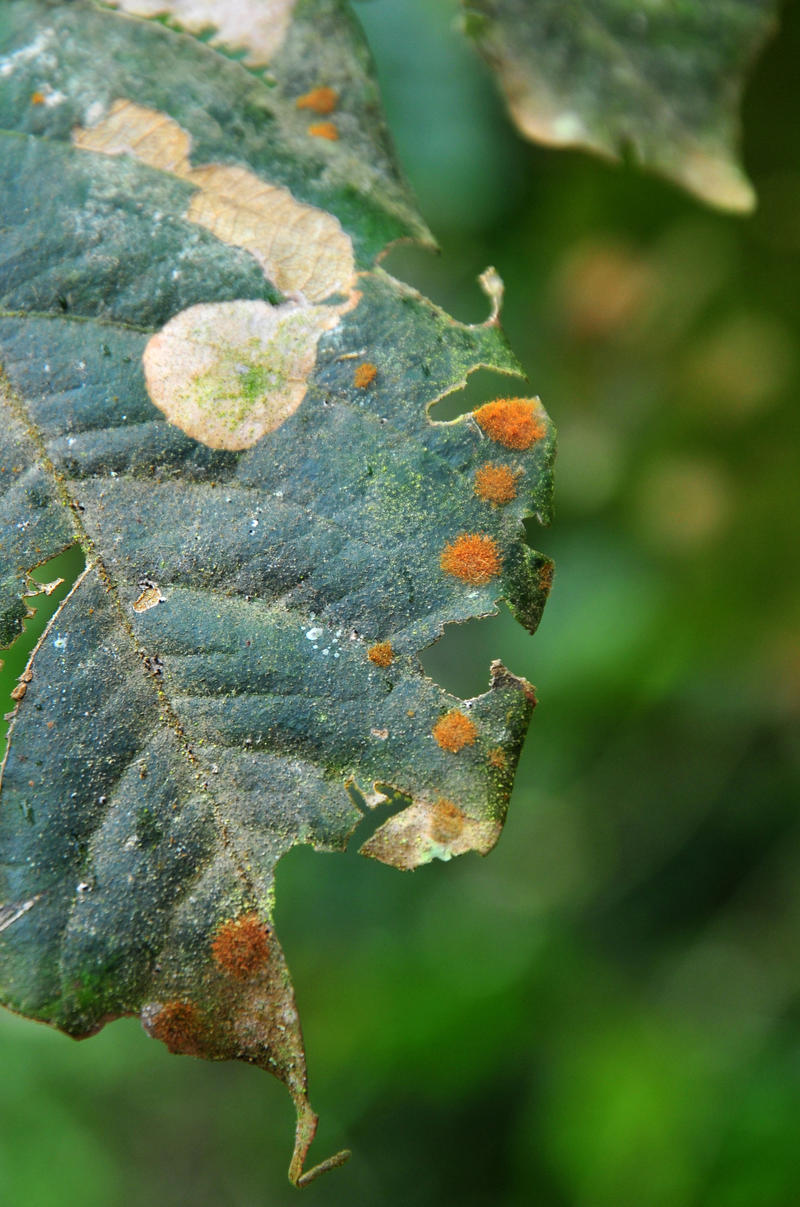 When coffee came to the Americas, Vandermeer says the fungus didn’t immediately come with it. It's been detected in limited instances since the late ‘70s and early ‘80s, but really returned to the scene only a few years ago and since has become “absolutely epidemic” throughout coffee production in all of Central America, Mexico, and the northern end of South America.

Perfecto tells us that they’re still trying to understand why the disease laid low for a couple decades before coming back in a big way. Among the possible contributing factors is deforestation, she says, because coffee rust is spread by the wind.

To complicate matters further, Perfecto tells us that applying fungicides can be counterproductive in the fight against coffee rust. She explains that there are many fungi that live on and near the plants that actually feed on coffee rust and help keep it in check.

While they have a good grasp on a lot of the things that could have contributed to the disease’s sudden resurgence, Vandermeer tells us that they’re really trying to dig in and understand the specific mechanisms by which coffee rust works and spreads.

In addition to the above mentioned beneficial fungi, he says they’ve identified a species of fly larvae that also feeds on coffee rust spores.

“So we have these two potential controlling agents there which we feel have kept the disease under control for many … years,” Vandermeer says, but they’re becoming less effective due to deforestation and the elimination of shade in coffee growing.

Perfecto tells us that the main reason “monoculture sun coffee” – that means growing coffee without any other plants to provide shade – gained popularity is its potential to produce greater yields.

She says varieties of coffee designed to grow in direct sunlight are hardier than their shade-loving relatives, but they also require more maintenance in the form of fertilizers, herbicides and pesticides.

Vandermeer tells us that shade-grown coffee production often utilizes legume trees which provide the soil with nitrogen, mitigating or eliminating the need for artificial fertilizers. He adds that the use of shade trees also creates an environment full of natural enemies to the pests that threaten coffee.

“We found over 30 different species of insects that actually eat coffee, but none of them are actually pests. The reason they’re not pests is because they’re under control of all the various natural enemies that exist in the shaded coffee system.” Vandermeer says. 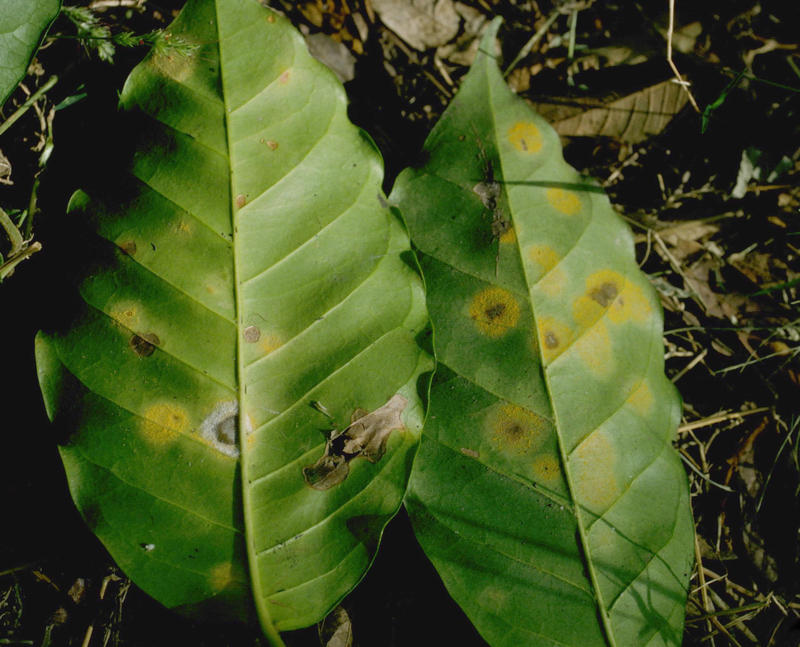 Once you eliminate that shade, he says, it paves the way for new pests to take hold, which leads to the need for more insecticides and fungicides.

According to Vandermeer, the popularity of sun coffee versus shade coffee ebbs and flows over time, but once a farmer commits to sun coffee, they’re “sort of stuck.”

Perfecto tells us that coffee farmers and Latin American governments are very concerned about the recent spike of coffee rust, because coffee is “one of the most important export crops” in the region.

According to Perfecto, coffee rust has claimed as much as 40% of the coffee yield across Latin America in recent years.

“When the coffee rust reached such high levels, some of the farmers lost their entire production,” Perfecto says. “If you’re a small-scale farmer and you lose most of your crop, basically you cannot survive.” 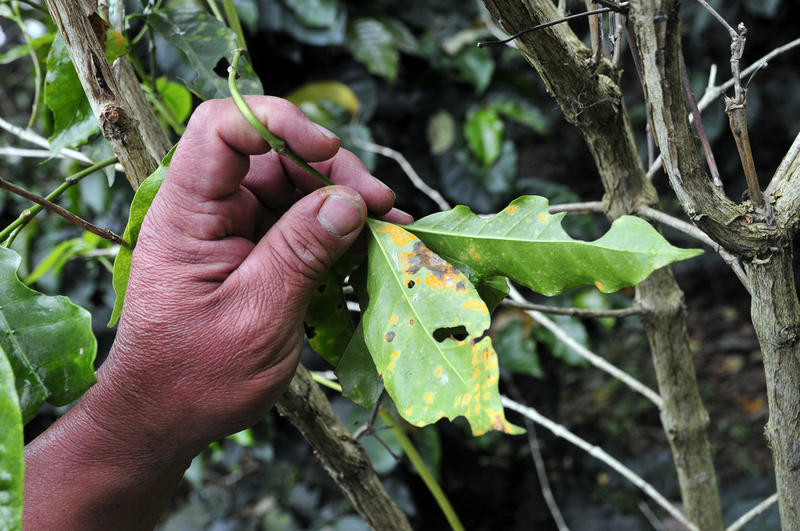 She estimates 25 million small-scale farmers are at risk of losing their livelihood to coffee rust.

Vandermeer’s first goal for their research is to gain a “better scientific understanding of exactly how the fungus operates so that we can make predictions about what’s going to happen for the future.”

As for short-term advice for farmers, Vandermeer tells us the best they can do for now is talk to and work with their neighbors.