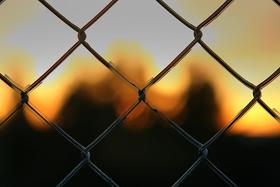 Aging inmates are the fastest-growing population in Michigan’s prisons.

This has presented a critical challenge: how to provide end-of-life care to those inmates.

That’s where a prison hospice program called CHOICES comes into play. It stands for Choose, Health Options, Initiate Care, and Educate Self.

Chaplain Adrian Dirschell is the prison chaplain for the Michigan Department of Corrections, and Karen Duckworth is the manager of the CHOICES program at Corizon Health.

Listen
Listening...
/
An interview about the prison hospice program CHOICES.

Duckworth explains that she helps identify inmates who might be near the end of their life, and they are invited to enroll in the CHOICES program for palliative and hospice care.

Dirschell says people in prison go through the same sort of denial and grieving that those in the outside world do when they learn their life is coming to an end, but their solitude can make it a much more difficult experience.

He says some prisoners are allowed a medical leave so that they may die in their home, as many patients desire. Duckworth estimates about 10% of inmates in CHOICES are paroled home.

Duckworth tells us that CHOICES supports an inmate’s right to decide what they’d like to have done at end of life.

“Do they want to be resuscitated? Would they like to be a full code, where they are fully resuscitated? We work to educate those patients on those decisions, their choices, and help to make that happen for them,” she say.

She adds that CHOICES also deals with advance directives, allowing a patient to appoint a family member to make decisions should they be incapacitated or otherwise no longer be able to.

“Ultimately that is the most important thing for these people, is that at end of life they do have a choice, a decision. They don’t get to make many,” Duckworth says.

Dirschell says inmates nearing end of life are given the opportunity to participate in a biography program. They’re given questions ahead of time, and a recording of the interview is transcribed and then worked into a biographical format.

The inmate is then given the opportunity to make corrections and deletions before the finished biography is sent off to “whoever they deem is their family, whether that be someone in the world or … maybe someone that they’ve done 40 years in prison with,” he says.

“One of the goals was to be able to give these guys an opportunity to tell their story, however that be,” Dirschell says. “It’s their story, and they can say what they want to say and let their voices be heard.”

Duckworth says CHOICES will soon be using inmate volunteers to provide vigils and daily support for patients approaching the end of their life.

“We should be doing this," Dirschell says. "This is the type of care that we need to be providing these prisoners.”