The power of a name: MSU economist examines names of black men in 19th, 20th centuries 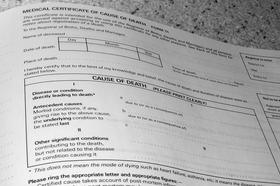 What's in a name? How does it affect the course, or even the length of your life?

And that led to some intriguing findings, especially about the names of black men.

"We see naming patterns that typically start in the 1960s and the 1970s, and that's written about a lot, but we don't see anything before that," says Cook.

As Cook went through the death certificates, Cook and her colleagues discovered that African-American men with well-known Biblical names or other historically popular names from that era lived significantly longer lives than those who did not have those names.

Listen to the full interview below to hear more about the study and some of the surprising name trends in the 19th and 20th centuries.