A look at how we fund schools in Michigan 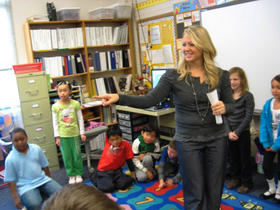 The way Michigan schools are funded is complex and emotionally charged.

Proposal A was passed in 1994. It was a new system for funding schools. It stopped the use of local property taxes as a source of school funding. Instead, it created a new state education tax, and it boosted the state sales tax from four to six cents on the dollar. The extra two cents goes to the school aid fund.

Twenty years after the changes, one thing many Michiganders agree on is that it's time to overhaul Proposal A, but there are many views on how to do that.

This week, Bridge Magazine is featuring a series of reports by Chastity Pratt Dawsey looking at how we fund schools in Michigan.

*Listen to our conversation with her above.