At noon this Wednesday, state lawmakers begin a new legislative session in Lansing. There are 43 new members entering the 110 member State House of Representatives.

Many of these new members are replacing incumbents who faced terms limitations, while others defeated sitting representatives. They come from rural districts and urban districts, from the banks of the Detroit River to the Wisconsin border in the western U.P.

This week, we spoke with two of the new representatives, Beth Griffin, Republican of Mattawan, and Abdullah Hammoud, Democrat of Dearborn.

Griffin served on the Van Buren County Commission before winning the November election to represent the 66th District. She also has a master's degree in education, and early in her career worked as a middle school teacher in the city of Parchment. 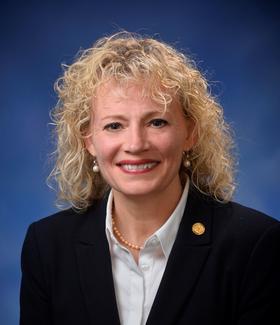 She told us that her experience as a teacher will inform the way she handles herself in Lansing.

“Using common-sense solutions that I think sometimes come a little more obviously to teachers can be applied to politics as well,” she said. “Good politics always starts with working together and making good decisions together.”

She also discussed her view on lobbyists in Lansing, saying that while she viewed them as a valuable source of information, it was also important to remember that “lobbyists are paid to be your friend.”

Here is our full interview with Representative Beth Griffin, Republican of Michigan’s 66th District, in which she also discusses her view of lobbyists as "paid friends":

While Griffin's election to the state House represents a continuation of her career in public service, Hammoud is at the very beginning of his. At just 26 years old, he is one of the youngest members of the Legislature. But he’s already made history, becoming the first Arab-American to represent Dearborn in Lansing.

He told us he was inspired to run by the death of his brother, Ali, who passed away in October, 2015. 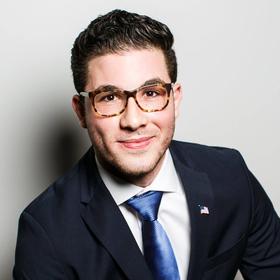 “[My brother] was my biggest advocate,” he said. “I am an advocate for my community in the same way my brother was an advocate for me. I thought that was a way of continuing his legacy and putting to work all the values that he instilled in me.”

Hammoud, who has a master’s degree in public health from the University of Michigan, said his priorities include health policy and education, including universal early-start.

Below is our full interview with Representative Abdullah Hammoud, Democrat of Michigan’s 15th District:

Despite their disparate backgrounds and the distance between the areas they represent, Griffin and Hammoud shared similar concerns and aspirations for the coming session.

Although the House as a whole is expected to be more conservative during the coming term, both representatives voiced a desire to reach across the aisle to find common ground between the parties. Both cited training for skilled trades as an example of legislation in which Democrats and Republicans alike have shown support.

And most of all, both said they were ready to get to work for their districts, and for the state of Michigan.