An Upper Peninsula Indian tribe has taken a major step toward building a casino in Lansing. 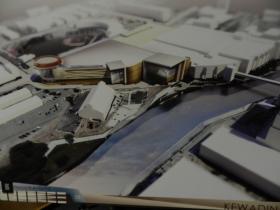 The tribe bought the land for a $245 million casino. But before the casino can be built, the federal government must first take the land into trust.

Tribal officials say the Interior Department could act on the request in a few weeks.

The Sault Ste. Marie tribe is also looking at a 71-acre property near Detroit Metro Airport for a future gaming location.  The tribe is conducting an economic impact study of the property.

“It is a clear, plain-language legal argument," said Aaron Payment, the Sault Tribe chairperson. "Our tribe is within federal law and our legal rights to pursue these opportunities to create thousands of new jobs and generate millions of dollars in new revenues that will benefit our members, the people of Lansing … and the entire state.” 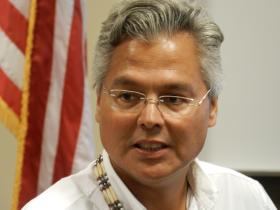 But there are those who disagree.

“Not only does this proposal violate the tribal-state gaming compacts, but it also would blow a hole in Detroit’s bankruptcy plan,” says James Nye, spokesman for the Nottawaseppi Huron Band of Potawatomi and Saginaw Chippewa Indian Tribe. He's referring to the fact that Detroit relies on taxes from its three casinos, and any new competition from casinos located outside the city would threaten that revenue stream

The Sault tribe and the state of Michigan have been locked in a legal battle over the proposed casino project.

Last month, the U.S. Supreme Court ruled against the state in a similar case involving another tribe trying to operate a casino on previously non-tribal land. The state then dropped its appeal in the Lansing casino case.

State officials plan to continue their legal fight against both casinos.

"There will no doubt be additional challenges to the project, but we remain confident that we will succeed," says Bernero.
Copyright 2014 Michigan Radio. To see more, visit http://michiganradio.org/.

The U.S. Supreme Court says the State of Michigan has no right to sue an Upper Peninsula Indian tribe over a northern Michigan casino. The Bay Mills Indian Community opened an off-reservation casino in Vanderbilt back in 2010 without first getting permission from the state.

The split 5-4 decision could bring both sides to the bargaining table says Matthew Fletcher, an expert in Indigenous Law at Michigan State University.

A federal appeals court has lifted an injunction that was standing in the way of a casino in downtown Lansing.

The Sault Ste Marie Tribe of Chippewa Indians wants to build a casino next to Lansing’s convention center.

Michigan’s Attorney General asked for and got a federal court to prevent the tribe from moving ahead with its plans. The attorney general says the tribe’s casino would violate agreements between the state and Michigan’s Native American tribes.