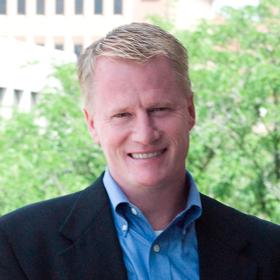 Listen
Listening...
/
John U. Bacon in this week's sports roundup

The Tigers came out of this past weekend 11.5 games behind AL Central Division leaders the Kansas City Royals.

After the Red Sox, “beat the crap out of us,” as described by Tigers manager Brad Ausmus, there’s some question as to how things are going to play out approaching Friday’s trade deadline.

“What happens on trade deadlines is teams are forced to show their hand,” John U. Bacon tells us.

He explains that it all has to do with how the team thinks it will perform moving forward.

“If they have no faith in Ausmus or the team, then David Price, their top starter, … is the player that guys like the Yankees, who’ve got all kinds of money, will pay top dollar for,” Bacon says. “If they’re betting on themselves, they’ll go out and get a reliever because their bullpen is historically horrible.”

Jim Harbaugh is making a change to the way University of Michigan's football program is run: fifth-year seniors will have to try out for their position.

According to Bacon, Harbaugh’s goal here is to combat senior slide.

Going into their fifth year, he says that many players start to wonder if it’s really worth all the effort to continue, and that attitude can influence newer and younger players’ performance.

“For a lot of the guys, they end up just dragging through their fifth year,” he says. “All Jim’s really doing here, as tough as it may sound, is making sure you really want to do this. If you don’t, now’s a good time to leave.”

U of M signs with Nike

There’s a lot of fuss surrounding the University of Michigan’s decision to change apparel contracts from Adidas to Nike.

The university signed an 11-year, $169 million contract with Nike.

Bacon tells us that Nike sought the contract for one reason: “Jim Harbaugh. The camera loves him, Twitter loves him, Facebook loves him, he’s on TV all the time, that is the entire bet that Nike is making.”

He’s confident that Adidas bid higher than Nike for the contract, but says the university leaned toward the latter because of its greater popularity and potential to draw both athletes and fans to the school.

What’s amazing about this contract, according to Bacon, is that Michigan will be receiving more money from Nike than other schools that consistently perform better.

Although Nike almost certainly wasn’t the top bidder in the deal, Bacon tells us that the university is betting they’ll make even more through merchandise sales than what they were offered by Adidas.

After ten years with Mike Babcock, the Detroit Red Wings will start this season with a new coach, Jeff Blashill.

Bacon expects that there won’t be much change from what we’re used to seeing on the ice, but that the real difference will be in the locker room.

“Babcock ... had really worn out his welcome,” Bacon says. “Blashill already coached a lot of these guys … in Grand Rapids. … These guys love Blashill.”

He tells us that Blashill will need to be careful about swinging too far in the other direction and being too nice, but keeping that in mind Bacon expects Red Wings fans will see great things in the coming season.