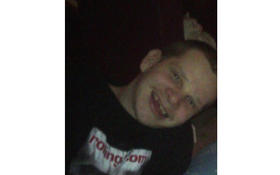 On yesterday's Stateside, we heard about a young Flint man named Justin Dawson.

"He's 28 years old, but I would say mentally probably about seven or eight years old," she said. "He's always been a good boy. He did graduate from special ed classes – just way behind, way behind mentally."

After his little niece told her therapist that her uncle had touched her inappropriately, Justin Dawson was arrested. He spent nearly a year in jail before the state ruled him incompetent to stand trial.

"He just kept saying, every time we'd see him, 'Have you talked to my attorney? I want to go home. I don't want to be here anymore. I want to go home," Tony Dawson said. "And then he would tell us about other guys in there that would punch him, hit him, or knock him down."

The family has said the Genesee County prosecutor refused their pleas to drop the charges.

"And she said, 'Well, if you want to drop them, that's fine. Now the state will take over.' It was just right from the beginning. They were going to bury him. He didn't have a chance and we kept telling them and telling them, 'He doesn't deserve this. Okay, maybe some mental therapy,' and they would not listen. They did not care about anything we said," Tony Dawson said.

Even though his family wants to have him back at home, he's been sent to Kalamazoo Psychiatric Hospital. They can't afford to make the trip from Flint to visit him.

Today on Stateside, we learn what Justin Dawson's case reveals about the way our courts handle defendants who are mentally ill or developmentally disabled, and what the Michigan courts need to do to meet the mental health crisis.

For that conversation, we turned to Judge Milton Mack, Jr. who has won national recognition for his work on issues related to mental illness. He served as chief judge of Wayne County Probate Court and is now the state court administrator.

Incompetent to stand trial in Michigan: Man jailed for nearly a year before getting psychiatric help

What happens to someone when they're found mentally incompetent to stand trial in Michigan? One Flint man's story offers some clues.

Justin Lee Dawson is severely developmentally disabled. Though Dawson is 28 years old, his family says he has the IQ of a six-year-old child.