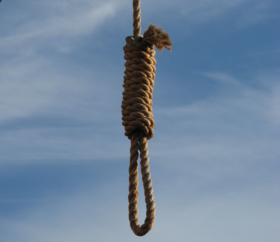 This Friday marks the 172nd anniversary of a uniquely Michigan milestone. On May 18, 1846, Michigan became the first English-speaking government in the world to vote and pass a measure to abolish the death penalty.

Listen above to hear about how Michigan came to abolish the death penalty 172 years ago, and how, despite a few desperate attempts, Michiganders never felt comfortable reviving the policy.

This segment is produced in partnership with the Michigan History Center.