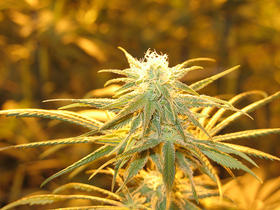 We’ve reviewed the movements pushing for marijuana legalization in Michigan, we’ve taken a look at how legal pot has treated Colorado, and we’ve heard the viewpoint of a medical marijuana caregiver in Ann Arbor.

Today, we get the law enforcement perspective.

Bob Stevenson is the former Livonia Police Chief. Now he is the executive director of the Michigan Association of Chiefs of Police.

One of law enforcement’s biggest concerns about legal marijuana is the effect it will have on Michigan’s drivers, Stevenson tells us.

He says that there is currently no effective roadside test that an officer can perform to determine whether a driver is under the influence of marijuana, and even if there was, there is no established legal limit for how much of the substance a driver is allowed to have in their system.

Stevenson explains that upon receiving their driver’s license, individuals implicitly consent to breathalyzer and urine tests. He says that if a driver refuses to take those tests, their license is immediately suspended.

But the only real way to test for marijuana consumption is through a blood test.

“You can refuse to do that on the side of the road, and the only way the officers can get that test done [is] they’ve got to get a search warrant,” which he says takes a long time and takes officers off the roads.

He tells us that only 82 officers in Michigan have been certified as drug recognition experts and can perform roadside tests to determine if a driver is under the influence of marijuana.

Stevenson suggests that if marijuana were to be legalized, blood tests would need to be included in implied consent.

But, again, the law doesn’t define a limit.

“The better policy would be what the National Office of Drug Control Policy through the White House is recommending, and that is zero tolerance,” Stevenson says.

He tells us that law enforcement is also concerned about the rising levels of potency in today’s marijuana, which, “increases the likelihood of there being some type of adverse or unpredictable reaction when you use the drug.”

Stevenson urges the public to consider all the sides of this debate before going to the polls next year.