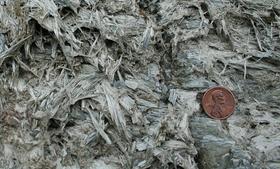 Asbestos is known to cause cancer. It’s banned for some uses in the U.S., but it’s not entirely banned.

The Environmental Protection Agency is proposing a new rule, and new ways to evaluate the safety of asbestos.

Asbestos is a mineral that looks like long, thin fibers. EPA banned its use in spray insulation and most fireproofing materials decades ago, but it’s still used in some applications like making chlorine.

Recently, EPA proposed what’s called a Significant New Use Rule for asbestos. The agency says it will require manufacturers and importers to notify and get EPA approval before manufacturing, processing or shipping asbestos for new uses or ones that have already been phased out by industry.

This review process would provide EPA with the opportunity to evaluate the intended use of asbestos and, when necessary, take action to prohibit or limit the use. In the absence of this proposed rule, the importing or processing of asbestos (including as part of an article) for the significant new uses proposed in this rule may begin at any time, without prior notice to EPA.

People can breathe in or swallow tiny asbestos fibers. Diseases related to asbestos exposure include lung cancer, and a rare cancer called mesothelioma.

Heather Von St. James is a 12-year survivor of pleural mesothelioma. She says most people die within 18 months of a diagnosis. She works alongside the Mesothelioma Cancer Alliance to advocate for an outright ban on asbestos in the U.S. Its use is banned in 55 countries, including the U.K.

“Anything built before, now they're saying 1990, there’s probably asbestos present somewhere in the home whether it be the siding, roofing, insulation around pipes, in the drywall. So doing DIY is when a lot of people are coming into contact with it and they don’t even know it," she says. "So they’re saying it’s like a third wave of people getting diagnosed and it’s people who started doing demolition in their homes. That’s what’s scary. And now this administration isn’t going to do anything about asbestos already in the environment.”

Von St. James is disappointed in EPA’s other proposals for regulating asbestos.

Asbestos is one of the 10 high-risk chemicals the agency is set to evaluate for safety based on its health impacts. But the Trump administration’s framework for this risk evaluation will set aside most legacy uses of asbestos. That means officials won’t be looking at the risks that come from asbestos in older homes and schools where it’s often hiding in plain sight.

“I think it’s horrible. Asbestos is a known carcinogen. It kills people swiftly. And not banning it is just abhorrent," says Von St. James. "And now ignoring the fact that it’s in, literally, millions of homes throughout the United States, even if it’s just asbestos tape around some ductwork in your home, that’s still too much.”

The EPA is taking public comments on the new use proposal until August 10th.

You can learn more about how to find out if there's asbestos in your home, school or office from this FAQ from the EPA, and more about the health risks of asbestos exposure from the Agency for Toxic Substances & Disease Registry.