Related Program:
Stateside
ShareTweetEmail
Listen
Listening...
/
Stateside’s conversation with Ismael Ahmed, the founder of the Concert of Colors, and Steve Tucker of Michigan Theatre in Jackson. 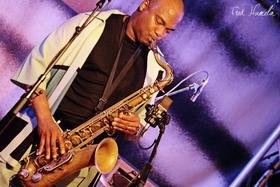 This week brings the 26th go-round for Detroit's annual Concert of Colors presented by the Arab American National Museum.

The event starts tomorrow and runs through Sunday. It celebrates cultural diversity through music and the spoken word.

This year, the Concert of Colors has inspired a sister festival in Jackson. It's called the Jackson Unity Festival.

Ismael Ahmed, the founder of the Concert of Colors, and Steve Tucker, from the Michigan Theatre in Jackson, talked to Stateside about the festival.

After Tucker went to his first Concert of Colors festival last year, he was inspired to begin a similar festival celebrating music, art, culture, and diversity in Jackson. This year, Tucker, Ahmed, and the mayor of Jackson collaborated to create the Jackson Unity Festival.

Musicians and artists will first appear at one festival and swap to the other.

Detroit’s Concert of Colors festival originated 26 years ago to unite and celebrate different communities of color. The festival was meant to invite people from all over.

In spreading the Concert of Colors festival idea to Jackson, Ahmed and Tucker hope to unite people from each city.

“We want to spread this idea that we also live and work together,” explained Ahmed. “It’s a time when we need to be spreading that idea.”

One of the perks of each festival is that there are no ticket sales – everything is free.