Commentary: Searching for a black Santa 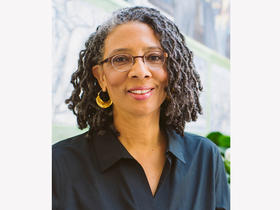 Alas, Detroiters, this is going to be our first Christmas without Northland Mall. And that raises a difficult question for the black community — where will we go to find a black Santa Claus?

Ever since I can remember, Northland was the sure-fire place where parents could take their kids to see a black Santa. My children grew up with two astounding life experiences that, for me, are the hallmark of the progress we have made as a race: They've never voted for a white president, and they've never sat upon the lap of a white Santa.

I called around to area shopping centers including Eastland Center, Fairlane Town Center and Oakland Mall asking whether there would be a black Santa this year. The answer was a unified (and sheepish) "No." This is definitely going to be a white Christmas.

Let's be honest. The end of Northland Mall and its iconic black Santa will not make most black children feel like somebody stole Christmas. After all, every depiction of Santa that they see — from television to movies to storybooks — shows that rosy-faced, jolly grandpa who is unapologetically white.

But this is not about black children with visions of sugar plums dancing in their heads. It's about black parents and how they can both protect and cultivate their children's racial self-esteem in a society that rarely affirms their blackness.

"Santa represents toys and happiness," says Jeryn Calhoun, an African-American social worker who has played Santa at his east-side social service agency for 13 years. "The 'fact' that Santa is white feeds into the bigger idea in our society that white is good, and black is bad."

Increasingly, black families are donning their homes with black angels, black crèches and black Santas during the holidays. For them, Christmas iconography should match the culture of the family celebrating it. They balk at the notion that their children should believe that a white man brings them toys, when the black parents are the ones working hard to make their children feel safe, loved and happy. While the evolution of our modern notion of Santa Claus arguably has little to do with race, we have to remember that racism is as much about effect as it is intent. For many black families, the imagery of a white man coming into black homes to make the children happy smacks of white paternalism and even slavery — where the master usurped the power of the parents to care for the needs of the children.

Calhoun believes in the importance of a black Santa so much that he actually went to school to become a trained Santa Claus. In 2008, he was the only person of color out of 70 people who graduated from the Charles W. Howard Santa Claus School in Midland, Michigan, considered the Harvard of Santa schools. (Yes, Virginia, there is a Harvard of Santa schools.) The nonprofit school that started in 1937 accepts students from around the world. Over the course of three days, students learn things like the history of Christmas, proper dress and makeup, how to do media interviews, latest trends in toys and even the habits of live reindeer. Calhoun says that he was only the third African-American to ever attend the school and the only person of color in his class. I checked the school's Facebook page, and could only discern one person of color in the photo of this year's graduating class. (It's telling, however, that they accept people of color at all. I think it says something when the official Santa training school acknowledges that Santa can be black.)

Has his Santa Harvard diploma led to more invitations to play Jolly Ol' St. Nick? Sadly, no, says Calhoun. He's nearing retirement and hopes that, by putting in a bit more effort, he can boost his role as Santa during Christmases to come. But it's not like mainstream businesses and malls are desperately searching for diverse Santas.

(In fact, Northland often split the difference, having both a black and a white Santa at different hours.)

I'm dreaming of a Christmas when all children can see a little of themselves reflected in Santas everywhere. That would be a miracle on Main Street.